Born in Darjeeling in India, Niruta Singh is one of the leading actresses of Nepali cinema. One who started her acting career in 1993 with Tulsi Ghimire directed classic Dakshina, she never imagined she would end up being an actress. She moved to Nepal from Darjeeling after she started her acting career in which director Tulsi Ghimire had great influence.

Ghimire was her father’s friend and he had convinced her father to let her into the movies and although they were not supportive about it, her success in the first film made them come around. After the legendary actress Tripti Nadakar, she went on to become the only actress in the movies directed by Tulsi Ghimire. Although she got the attention of others from her first film, she touched the height of popularity and success after the movie Darpan Chaya, a blockbuster movie directed by Tulsi Ghimire. 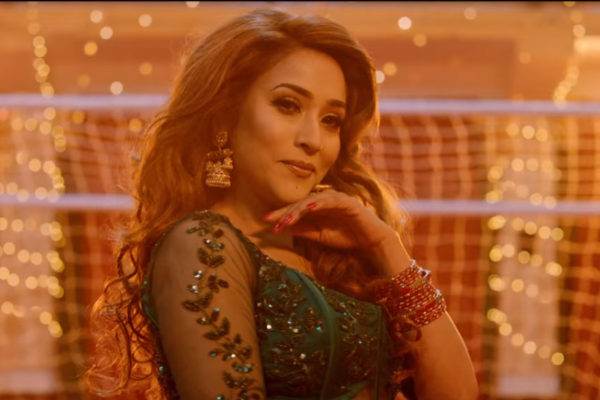 A still from the movie Captain

She is not only a good actress but is also a singer who officially recorded the title track for the first time for director Deepak Raymajhi’s Nepal Television family drama series named Vansha. She also sang for a music album Deepshikha.

The success of her movie Darpan Chaya (2001) made her one of the very few artists to have work during the peak of the insurgency in the country, the time when the industry only made eight films a year. She enjoys her work and thinks herself to be blessed with work, however, sometimes, she has her moments when she misses her family because of the awkward timing for shootings. The only thing she regrets about having joined the industry is her incomplete graduation studies that she could not complete due as she was offered her first role when she was doing her graduate studies. Nevertheless, she is certain she would complete it someday and indeed, taking a break for two years (2008-2010) from the industry, she went to pursue her passion in interior designing in Mumbai. For the one who has done the interiors for two of the movies, Niruta Singh could never finish her homework without acting out the scene when she was a child.

The actress reappeared in Nepali movie industry through The game and  other movies like Dal Bhat Tarkari and Nai Nabhannu La.