Born on 4 October 1986, Nisha Adhikari is a Nepali actress, beauty queen, model, VJ and RJ. Well known for her appearance in music videos and movies, she was involved in beauty contests and modeling before she started acting. 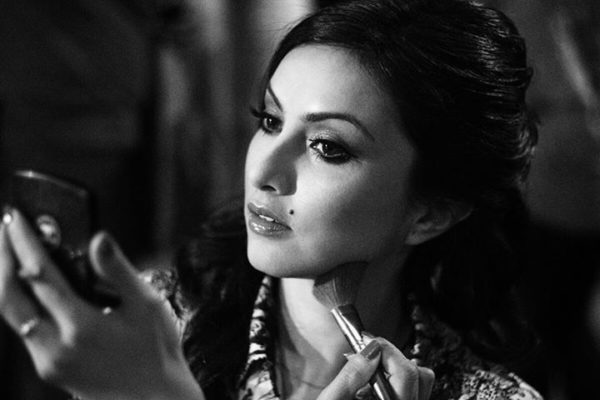 She had gone to Pakistan to record two program serials in Urdu and she debuted as a VJ from a television show called Nine to Nine (in Nepal). After that, she did Indi mini Bag, Count Down Kantipur, Play it On, and Some More. She has also played in music videos of some of the popular Nepali singers like Sudip Giri, Sugam Pokhrel, Ciney Gurung and Satya Raj. She made her debut in acting by doing a comedy program called Gharbeti Ba on Kantipur Television. The show was quite popular and got her recognition as an actress. She did her debut movie Mission Paisa starring Nikhil Upreti in the year 2009 which became one of the biggest hit movies of the year. She appeared in the movies Nainnaresham and First Love in the year 2010.

She was also appointed as an ambassador for the Autism Care Center and is also a member of Rotary Club of Nagarjun where she worked as director of youth service for a year. She finished her A levels in 2006 after which she started as a VJ and MC professional and in 2009 she completed her undergraduate studies from Wigan and Leigh College.

She is married to Nepalese cricketer Sharad Vesawkar in 2017. The couple became parents in 2018 and welcomed a baby boy – Yuvan.

She has also starred in the movies like Apabad (2012) and the first Nepali LGBT movie Sungava (also called Dance of the Orchids) in 2012 alongside actress Diya Maskey.