Akash Bhairab, the god of sky 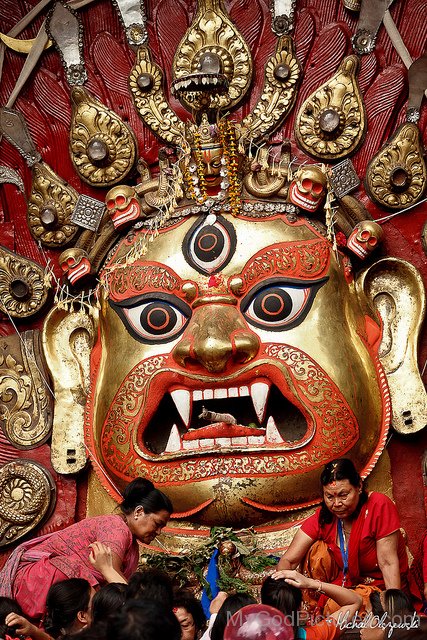 One of the many forms of Bhairab, also known as the brother of the living goddess Kumari, Akash Bhairab is an important deity of Newar community. Considered as the ‘god of sky’, several temples in Kathmandu are dedicated to this Hindu deity. One of the most famous temples of Akash Bhairab is the one situated in the middle of Indra Chowk. The three storey temple in the center of the main market in Indra Chowk is one of the oldest temples in the Kathmandu valley and it has a huge image of the god which is displayed outside for a week during the festival of Indra Jatra. 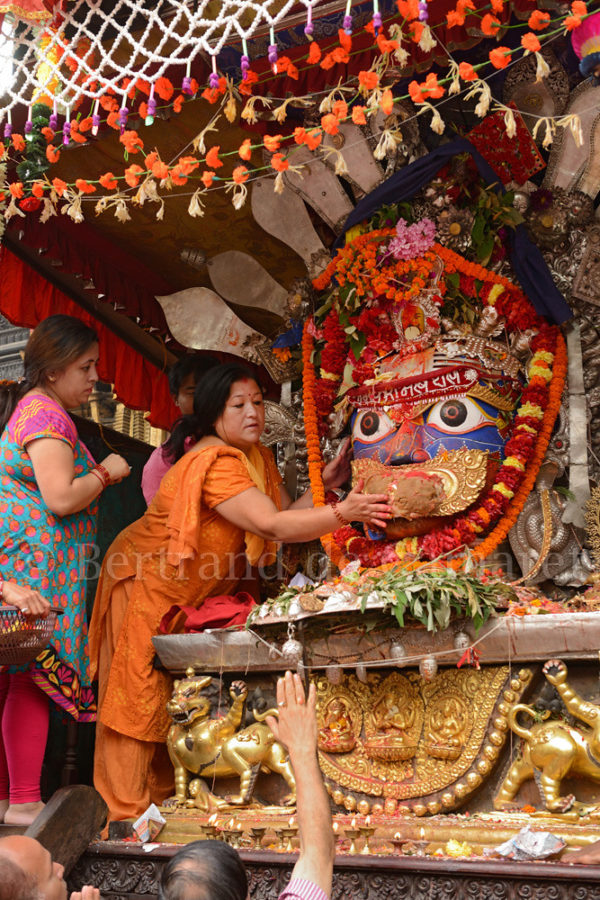 It is said that the head of this god was dug up several hundred years ago in Kathmandu and the head now resides in the temple of Akash Bhairab in Indra Chowk and it is the same image which is taken out every year during the Indra Jatra festival. Akash Bhairab or the god of sky is also known as Sava Bhakku Deva or Wanga Dya in Newari language.

Bhairab is considered as one of the most important deity in Newar community, hence, every Newari settlement has at least one temple of Bhairab. Bhairab is also known as the most dangerous form of Lord Shiva, the destructive part of him. And, as he is considered as the community or local deity of the settlement where his temple stands, people perform pujas before they start any new work or ceremonies. Worshipping the god is said to take away the bad omen from the life of the devotees and allow them to perform their auspicious ceremonies with happiness and good health. Hence, before the beginning of any kind of ceremony or work, the idol or the image of Bhairab is worshipped.

The temple of Akash Bhairab is one of the oldest temples in the valley situated in Indra Chowk near the Kathmandu Durbar Square.