Amnesty International (AI) is a global movement of more than 3 million supporters, members and activists in more than 150 countries and territories who campaign to end grave abuses of human rights. 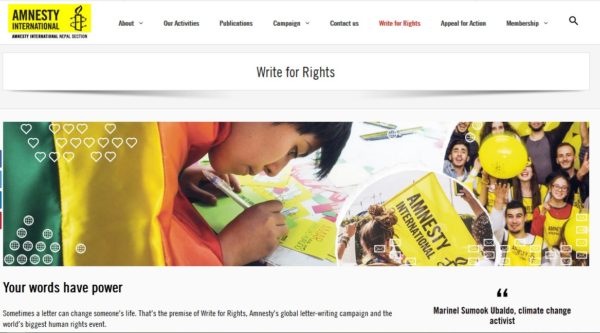 After restoration of multiparty democracy in 1990, Krishna Pahadi and other activists took initiation to establish AI’s structure in Nepal again. Finally, the International Executive Committee decided to recognize AI Nepal in 1993. Thereafter, the organization has been functioning and contributing in the human rights movement significantly.

The organization strictly does not accept funding from the government for campaign and advocacy work on human rights issues. Instead it collects funds by organizing different fundraising activities. The other sources of financing are donation and minimal subscription amount from its members. Additionally, it has been receiving strong financial support from the organization’s international movement to cover its program and office expenses.

Today, it is the largest and the most effective non-profit organization that works for the promotion of human rights.