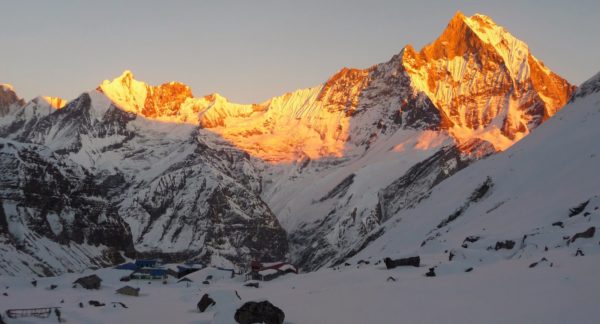 Annapurna Himalayan Range is famous for its trekking with its major trekking routes, Jomsom, Muktinath, Annapurna Sanctuary, also known as Annapurna Base Camp and Annapurna Circuit. Also the area has an Annapurna Conservation Area Project which covers the whole Annapurna Range i.e. more than 7600sq km which was established in 1986.

It offers diverse flora and fauna from subtropical to pine and the beautiful rhododendron on the way. It also accommodates wildlife like blue sheep, snow leopard, tigers and the Himalayan thar. The major communities residing here are of Gurung and Thakali.

Major peaks of the Annapurna Range are:

The trek is also called Royal Trek because Britain’s Prince Charles trekked it in 1980s. Trek offers splendid views of the beautiful Himalayas, dense rhododendron forest, charming and welcoming Gurung villages. It is one of the best treks one can experience in their life.