Arniko, the Great Architect of Nepal

Nepal is rich in cultural heritage, one of them being the architecture. We see many beautiful building and pagoda style ancient temples in Nepal. Those all are the hard work and skills of the architectures in Nepal. Among the various, Arniko was the most famous architect of Nepal.

Arniko was not only famous in Nepal but also in Tibet, China, Mongolia as well as Indonesia. During the 13th century, there was a renowned Emperor in China called Kublai Khan. He was great lover of art and architecture. In 1260 AD, he decided to ask Nepal to send skilled architects to supervise the work of building a golden stupa for his teacher in Lhasa. More than eighty architects showed their interest in going to Lhasa and it was difficult for the King to chose the most talented and skilled one. Finally Arniko came forward and offered to lead the team. The King wasn’t convinced at first but after seeing his skills, he made Arniko the leader of the team.

In Lhasa, he built a beautiful pagoda-style monastery which impressed the emperor’s teacher so much that he requested Arniko to go to China and meet the emperor. After meeting him, Kublai Khan wanted to test him so he asked Arniko to repair a copper statue of a Sung emperor. After Arniko finished its repair, the statue looked so perfect that even the most skilled sculptors in China present there greatly admired him. 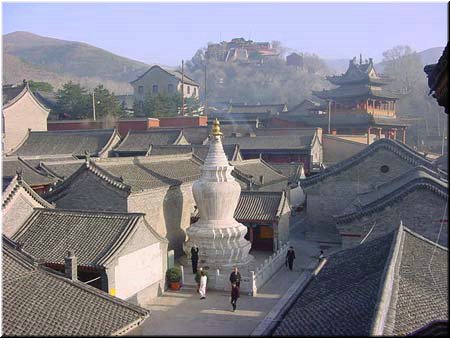 Arniko proved himself as a genius with his work. He was not only good at architecture but also painting and sculpture. He painted a series of portraits of Chinese emperors and impressed everyone there. By 1247, he was given a silver plate to wear with an image of tiger in it which meant the highest recognition in China. The emperor was very fond of him and he received the honor as a Duke of Liang.

The White Pagoda or the Pai Ta Sze in Peking still stands proudly as a great work of Arniko. The Archway of Yungtang in the Nepali style is another great work of his. Arniko was a Nepali although he married in China and died there in 1306. The story of his success is highly admired in China as well as Nepal. Also, the 115 km Arniko highway which connects Kathmandu with Kodari on the northeast of the Kathmandu Valley linking with the China National Highway was constructed in his honor. He is considered as one of the heroes of Nepal who made the country proud.