Dashain – Most Anticipated Festival Of The Year

Celebrated by every caste in the Nepalese community, it really is the most anticipated festival of the year. Dashain, or Dashera, is the longest and the most auspicious Hindu festival in the Nepalese annual calendar. It lasts up to 15 days but the most important dates are the 1st, 7th, 8th, 9th and the 10th day. Dashain mainly commemorates the victory of the Hindu gods over demons and the triumph of good over evil. Coutless prayers, sacrifices and offerings are made for the goddess Durga and all her manifestations. On this occasion, Nepalese all over the country and even the world come together to visit their families, as it also promotes the renewal of community ties. 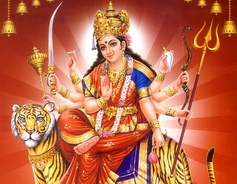 The festival normally begins on September or October, with the first day falling on a bright lunar fortnight of the month Ashwin and the last on a day of full moon. All government offices and educational institutions remain closed throughout. People have their homes tidied and effort is put in to beautifully decorate houses so as to invite the mother goddess in to bless their families with good fortune. New clothes are bought for the occasion and families buy chickens, goats or buffaloes for the sacrifice that is to be done later. Markets are often packed during this season with shoppers seeking new clothing, gifts and a large supply of temple offerings for gods, as well as rich provisions for the feasting later on.

Day 1, Ghatastapana: The first day of Dashain is called Ghatastapana, which is literally “installing of a holy water vessel”. On this day, the holy water vessel, known as kalash, is filled with holy water and then covered with cow dung, onto which seed will be sown. It is then placed in the centre of a small block of sand. The surrounding bed of sand is speckled with grains like wheat and barley. For every day until the 9th day, the senior most male of the family performs rituals, prays to Durga and waters the seeds with holy water. By the 10th day, the seeds will have germinated to yellow grass of about six inches called jamara, and be ready for use. 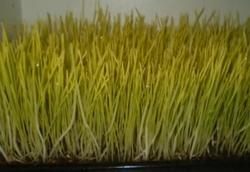 Day 7, Fulpati: The next prominent day, the 7th day, is called Fulpati. On this day, the Royal Kalash, jamara, banana stalks and sugar cane from the ancestral palace of Gorkha are wrapped in a red cloth placed inside a decorated palanquin that will be carried by the priests of the royal ancestral palace.  They walk more than 100 miles over three days and are led by a military platoon of the royal priest. Government officials in formal attire line up in the street to welcome the jamara. Ceremonies with artillery fires take place on the Tundikhel ground and the event is graced by the President. However, the procession ends at the Prime Minister’s home instead of the royal palace, as he has now taken over what was the King’s social and religious duties.

Day 8, Maha Asthami: The 8th day of the Dashain festival is known as Maha Asthami. Animals are sacrificed on this day to appease the blood-thirsty goddess Kali, which is a manifestation of Durga, as well as Durga herself. Only five kinds of animals are eligible for slaughter and they are goats, buffaloes, pigs, chickens and ducks. The night of this day is aptly called Kal Ratri (Black Night). After the offering of the blood, the meat is taken home as prasad or food that has been blessed with divinity. The food is cooked and offered to gods, then shared within the family.

Day 9, Maha Nawami: On The Great Ninth Day, or Maha Nawami, more animals are sacrificed for the goddess Durga in exchange for her protection for motor vehicles and their occupants. Factories, tools, machineries and other things we make a living from using are worshipped on this day. Others who may not want to kill animals may chop squash or break open a coconut. Lord Vishwakarma, god of craftsmen and architects, is worshipped as well. The Taleju Temple at Durbar Square, which remains closed throughout the year, is opened to the general public on this day. Thousands of Durga devotees flock this temple, as well as the many others in the country. At the Kot courtyard inside the Hanuman Dhoka Palace, military men make sacrifices out of buffaloes to appease Durga. Military bands play war tunes and guns fire. By the ritual’s end, ankle-deep pool of blood will have filled the courtyard. Foreigners are allowed to enter the palace and witness the rituals inside. Those not used to seeing animal blood are advised not to attend the ceremony.

Day 10, Vijaya Dashami: The 10th day is known as Vijaya Dashami and it was the day Goddess Durga was victorious over the demons. It was also the day Lord Rama won the fight with the demon king, Ravana, supposedly through the Durga’s blessing. The day is, hence, symbolic of good winning over evil. It is on this day that the jamara is finally utilized by families. Seniors in the family bestow upon the juniors jamara as well as tika, which is a mixture of rice, yoghurt and vermillion prepared by the women to be placed onto foreheads of those receiving. Elders present dakshina, or a small amount of money, to the younger ones along with their blessings. This custom is extended to other relatives as well, helping in the renewal of ties as people exchange gifts and greetings. Before, government officials and the public would gather at the royal palace to accept their blessings from the King in the form of jamara and tika in his palace. The President takes over this role now. A lot of feasting takes place in the meantime and everyone makes merry. Dramas of Goddess Durga fighting demons are also frequently staged.

Day 15, Kojagrata Purnima: The ritual is observed for five days, simply for the fact that certain families might take longer to commute. On the 15th day is Kojagrata Purnima, with Kojagrata meaning “who is awake”. It is believed that Laxmi, Goddess of Wealth, descends to Earth and showers anyone who is awake all night with good fortune and prosperity. As a result, many spend nights playing cards and doing other activities. The festival concludes when the remaining jamara and the holy vessel are disposed of by bringing them to the river.

Other activities that can also be seen around this period include kite-flying and the construction of traditional swings using bamboo, grass and wood. These are more common in villages. In cities, presence of commercial fairs and celebrations grow in numbers, heightening the festive mood of Dashain everywhere..

A Bamboo Swing In Dashain