Inspired and influenced mostly by her family, the former Miss Pearl Hong Kong 2009 Deepa Gurung completed her diploma in Beauty and Health and right after her result, she was selected by a company from Hong Kong to work in their company. She participated in Miss Pearl Hong Kong Nepal because her father told her to participate into it after her father’s friend had told them about it. Her parents had been supportive and she along with her sister entered into the pageant and as soon as she joined it, she began to get more serious about it.

She considers the pageant to be one of the best beauty contests in Nepalese society as the training they provide is very professional, however, the stage or the theatre is not designed up to the international level and also that the they lack in proper time management. She had grown into a more mature and confident person after her pageant and has experienced all sorts of things that she once used to sit and watch with her sister or friends. She grew more interested in the world of fashion, glamour, modeling and beauty pageants and since then, has participated in fashion shows, done photo shoots and interviews. She has also hosted a show and a documentary which she considers as real fun at the same time challenging. 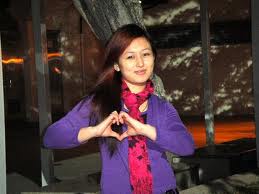 She considers her parents as the biggest influence in her life to get her where she stands today. She also credits her soul sister RT and JAY (Jyoti Grg), her younger brother, Jamir Maharjan, her friend Sonam, Harka Uncle and everyone who has helped her with the pageant and everyone else who she has come across in life to have certain influence to get her where she is today. One of the worst qualities of media she detests is the media giving out false information about someone.

One who believes that the beauty pageants is a chance for the ladies to boost their confidence, gain more knowledge and help them build a character and show their talents, knows that with title comes responsibilities and the title holder is considered similar to the team leader who is responsible for representing the team in different occasions.

This former beauty queen considers fashion and glamour as a dynamic art that keeps on changing. She also believes that sometimes, getting dressed up and looking pretty makes you happy and makes you love yourself.