Established in the year 1992, East West College of International Education is one of the most reputed educational institutions in Nepal registered at the Ministry of Education and Sports, Kathmandu in the year 1994. In the year 2007, it was also registered with the Company Registrar’s Office followed by its registration at Companies House in the UK and Ministry of Government and Consumer services, Ontario Business Connects (OBC) Canada in 2009.

Also a member of Chamber of Commerce, Nepal, it is an authorized professional partner of Pearson Test of English Academic (PTE Academic) and an approved test preparation centre of ESOL examination by the University of Cambridge. Established with the major objective of teaching a number of international languages to the students, it also prepares them for TOEFL, ILETS, KET, PET, PTE, GRE, GMAT, SAT, JLPT, NAT, TOP-J and other tests along with providing abroad study counseling to those interested in studying in different levels and courses in international colleges and universities. 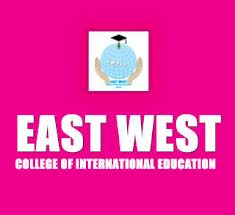 The institute is also involved in other activities and programs in the field of culture, social work and bilateral relationship with many countries around the world from the public level. It had also organized a national level program in the year 1999 to mark the completion of 100 years of friendly relationship between Nepal and Japan from public level. For its contributions, the company was also awarded with a letter of appreciation by the late Prime Minister Girija Prasad Koirala and was listed with top priority by the Minister for Labour of Transport Management, Nepal, and The Department of Labour among other awards and appreciation. It also received EPS program in 2007 for conducting the Korean language class for the Nepalese people aspiring to go to Korea under the EPS scheme.

Since its establishment, the institute has been conducting language classes using modern methods, such as audio, video and self access lab. It also conducts situational and free conversation, common speaking or general speaking, public speaking and grammar classes as a part of the syllabus in order to broaden the extra consciousness. Moreover, it also organizes debate contest, quiz contest, speech program, impromptu speech and extempore speeches with the intention of encouraging and helping the learners speak fluently. In addition to that, it also organizes excursion program for every level so that the students will gain more knowledge by being involved in other activities as well as getting entertained. The qualified, trained and experienced instructors strive to fulfill the demand of the learners from the different walks of life.

The languages courses has six levels, A1, A2, B1, B2, C1 and C2 where each level lasts for 2 months. Also, special or single class is offered to the students on the basis of their desire. It also provides test preparation classes with all the basic facilities required for the course at affordable prices.