Established under the Company Act 2053 BS and licensed by Nepal Rastra Bank as a financial institution, Fewa Finance Limited came to operation in the year 2060 BS. With its head office at Chipledhunga, B.P. Chowk in Pokhara, the bank is promoted by a group of highly experienced and successful businessmen, traders, social workers and professionals having long experience in financial sectors. The company, within a decade of its establishment has been able to extend its services due to immense support, belief and help from its customers as well as the stakeholders. 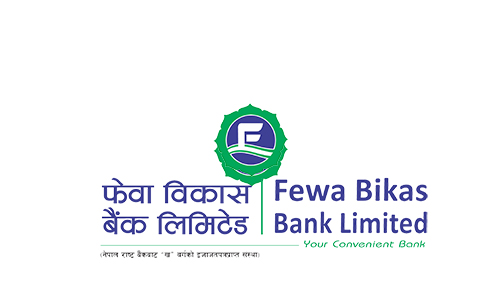 The company was established with the objective of providing financial support to different productive and needy sectors by collecting the small and large savings all around the country for the overall development of the nation under the free economy policy of the Nepal government. It is a national level financial institution and is also the first financial institution of Pokhara city that is managed by professionals having long experience from Nepal Rastra Bank and other commercial banks of the country. The company is managed by a team of experienced professional who use the modern computerized and managed accounting system to operate the finance company. The company offers facilities such as 365 days banking, ATM service and ABBS (Any Branch Banking Service) to its customers and clients for their convenience.