The very first scientist of Nepal, Gehendra Sumsher was born as the first son to the past Prime Minister, Bir Sumsher on Poush 1928 BS. He was born in Kolkata while his father had gone there as a representative of Nepal. He studied at home with an English teacher and later joined the Durbar High School, the first school of Nepal. This creative, argumentative and serious child who loved music, physical exercise, sports and creative works grew up to become the first scientist of Nepal and like any other scientists, he was more interested in creating and doing new things rather than study about others’ works.

He established factories to manufacture essential equipments for soldiers, electricity power generators, rice mill, wind motor, etc. in Jannal, Sundarijal, Balaju and Meghchan in Bhojpur. He used the iron found in his own country and also the coal found in Koilabas in Dang to make weapons rather than importing those from other countries. In 1965 BS, he imported a motor car from Ford Company in Britain to study every parts of the car in detail willing to make one himself. He dismantled the car and later assembled it again and at the desire of king Prithvi Bir Bikram Shah, he offered the motor car to the King. He requested for the maps, charts and catalogue from Japan and Britain and studied each of them in detail and later successfully designed and manufactured rifles with his new improved skill and ability. 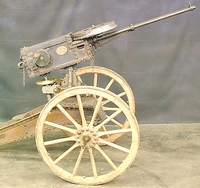 He set up rice mills in his residence at Seto Durbar and also made wind motors to draw under-ground water. He also established a leather factory at Balaju to refine and produce leather products like shoes, belts, etc. Moreover, it was he who generated electricity for the first time in Nepal with the help of his friend Muse Thapa and also demonstrated how it could be used even in water. His inventions impressed the Ranas and when Dev Sumsher became the Prime Minister of Nepal, this liberal PM sent a team along with Gehendra to study the Japanese technology in Japan and another team to Britain to study their system of administration. Gehendra Sumsher made new arms and ammunitions based on the Japanese model and on the occasion of Dashain festival in 1963 BS, a pistol fell from his pocket while he bow down to salute Chandra Sumsher which is believed to be the reason behind his mysterious death a year later in 1964 BS. It is suspected that Chandra Sumsher, fearing Gehendra’s popularity and success killed him.

The works of this young scientist, who died at the age of 35, are preserved in the National Museum at Chhauni. If he had lived longer, he would have done more development works in the field of technology and science in the country and Nepal might not have had to depend on other countries for technological development.