The initiator of the concept of action in the Nepali films, Gopal Bhutani was born in Fikkal in Ilam district in western Nepal in the year 1989. Born as Gopal Tamang, he went to work in Bollywood in the 1940s and he returned, he was denied the Nepali citizenship due to the title ‘Bhutani’ in his name.

During the time when Nepali movies were dominated by musicals and melodramas, he had introduced the concept of action into Nepali films. Jeevan Rekha (1978) was his first movie as an action director and he was subsequently offered the responsibility of action director in movies such as Kanchhi, Vishwas and Vijay-Parajaya. But before being an action director, he is an actor. He had tried his luck in Bollywood and had returned to Kollywood as an actor with his debut movie Mann ko Bandh in 1975. His life has had many ups and downs just like in the life of the characters he portrayed in the movies. 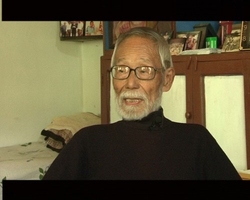 The pioneer of art and action direction in Nepal, Bhutani had come a long way from being an actor to being an inseparable name in the Nepali film industry. He had laid the foundation for the current action directors like Rajendra Khadgi. There was a time during the 90s when the Nepali movies solely survived because of the action films and the major role in setting up the genre has been played by Bhutani. Hence, in a way, Gopal Bhutani saved the Nepali movie industry during the 90s. He was, however, also an actor and an art director who has worked in hit films such as Chino, Deuta and Unko Samjhana Maa. His experience as comic and character actor shaped his famous career and he continued acting right up to the end of his life.

He has also worked with various popular and successful directors like late Prakash Thapa, Tulsi Ghimire, Yubraj Lama and Narayan Puri along with some new directors like Nigame Shrestha and Min Bham. He had migrated to Bangladesh and Bhutan before he entered into Bollywood where he worked as a spot boy and gradually moved to become a stuntman and then an actor. Some of the Bollywood movies he has acted on are Saajan ki Saheli, Kalabaaz and Shatranj. Although he had helped the Nepali artists into getting a break in Indian film industry, he himself came back to Nepal to contribute in the movies made in his motherland. He had changed and inspired many lives that came he came in contact with during his life time. He never restricted himself to big screen and he had also ventured into television serials and short films like Pasa by Nigame Shrestha and Yatra by Kedar Ghimire. He had also acted as a kung-fu teacher in the advertisement of Miho noodles.

He remained as one of the leading figures in Nepali cinema till the end, although he never possessed a Nepali citizenship. He did not have adequate documents to prove he was a Nepali and also because of his surname as Bhutani, the government of Nepal denied giving certificate to him. Leaving no family behind apart from the Nepali film fraternity and the nation to whom he had dedicated a lifetime of art, Gopal Bhutani left the world on November, 2010 at the age of 78 after a long battle with lung cancer. His last wish of securing Nepali citizenship, however, was kept alive by the film fraternity and the government, after the pressure from the people in the industry, agreed to give him a citizenship certificate. However, the call from the Home Ministry had come an hour later to his death. 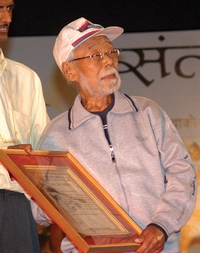 Rajendra Khadgi, whom he called his son, performed his final rites. Gopal Bhutani handed over all his properties to an organization of fight artists of Nepali cinema which plans to keep his documents and a few of his clothes and materials in a museum. It is sad but true that although he dedicated all his life for the betterment and development of the Nepali film industry, his only and final wish could not be fulfilled by the Nepali government.