The first Nepali media house to become the member of WAN (World Association of Newspapers), Kantipur Publications Private Limited is one of the leading publication/media house in Nepal. Adopting the latest Digital Printing Technology with three satellite printing stations across three major cities in the country, Kantipur Publications is committed to provide factual and accurate information to the people. Kantipur Publications owns some of the leading daily newspapers, weeklies, a television channel and a radio station. The two leading national dailies printed under Kantipur Publications are Kantipur Dainik (daily) and The Kathmandu Post. It also publishes the first monthly women magazine Nari, weeklytabloid Saptahik and country’s fastest growing socio-political news magazine Nepal Weekly, famous for acute political reporting and analysis. It also has a complete e-magazine called e-kantipur.

With a vision of providing news, music and entertainment programs that are valuable, accurate and entertaining to the citizens, it also operates a radio station Radio Kantipur, one of the most popular FM radio in Nepal. It also operates a television channel Kantipur Television which is also the largest private sector station and was launched in 2003. 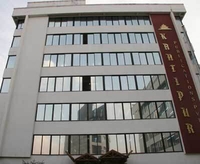 Known as Kantipur for short, it became the pioneer in advocating and establishing the role of Free Press in Nepal after the arrest of the Director, Managing Director and then Editor of Kantipur Daily by the government on the pretext of having printed allegedly one controversial article written by a leader of underground Maoist political party in June 2001.

It also has a charitable trust which is provided with a portion from the daily sales proceed to create a fund for the treatment of cancer patients and this fund is provided to the Bhaktapur Cancer Hospital and also other social activities.

Kantipur Publications Private Limited owning all the forms of mass media has grown up into the largest media house in Nepal. It also introduces various schemes and offers to its subscribers on the monthly (3 to 6 months) and yearly subscriptions. It operates its entire forms of media from its own building at Subidhanagar, also known as the twin tower of Nepal (as there are two buildings) apart from Radio Kantipur which is situated at Pulchowk, Lalitpur. For further information, contact: