Mobile phones have gained immense popularity in Nepal in recent years. These days, rare are the people who do not own a mobile handset. Be it an expensive Smartphone or a cheaper imitated Chinese handset, everyone from businessmen to workers, teachers to students, drivers to rickshaw pullers and priests to cremation workers, owns a handset. The easy access of the sim card and reduced tariffs has further increased the use of mobile phones in Nepal. It has become an easy way of communication as it is portable and wireless with good network coverage and allows a person to be contacted anytime required. 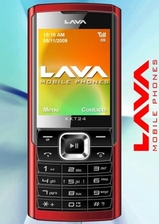 Mobile handsets of various brands and different models are available, here in Nepal. Two of the most popular brands being Nokia and Samsung, both of them are popular among two different generations (former brand being popular among the older generation while the latter with the new generation) in Nepal. Adding up to the list of cell phone brands available in the Nepalese cell phone handsets market is LAVA International mobile handsets.

One of the fastest growing Indian cell phone manufacturers, LAVA has appointed CG Electronics as its sole distributor for Nepal. The products and applications would be delivered and made available by the LAVA International through CG Electronics in Nepal. The products of LAVA International that will be available here in the Nepali market will be based on demand and requirement of (from) the customers or the market. The top three cell phone seller in India, the products of LAVA International could be now used by the Nepalese as well, without having to import one cell phone at a time. Now they could openly buy it in their own country according to their requirement and desire.

LAVA International Smartphone is available at the outlets of CG Electronics in Kathmandu.