A young, beautiful, confident and generous spirit, Laxmi Lawati Subba is the glamorous new face in Nepal who holds five titles, Miss Fresher at Eureka 2008, Miss Teejtaj of Dharan Fashaion Show in 2010, Miss Purwanchal 2011 with Miss Best Personality and Miss Fusion. She had also run for Miss Nepal 2012. Also having worked as a choreographer at Vijaypur Higher Secondary School and Jaycess, she loves to keep her busy working and living life happily.

She had been working hard to fulfill her dream that she had as a child, the dream of becoming Miss World one day and with her hard work and success in the pageants she had participated on, she might as well make it big. The television programs that she used to watch as a child had inspired her to take up this field. However, she would credit her cousin Romi and her entire family and friends who had supported her throughout all the titles bids. Winning the five titles has made her more dedicated, humble and hopeful. And now, hard work has become an integral part of her life. To win a beauty contest or to even run on one, one needs to prepare dedicatedly and should be focused. They should be able to portray their honesty and character so that their whole image has a positive vibe and the most important thing is to have confidence that you could do it on your own. 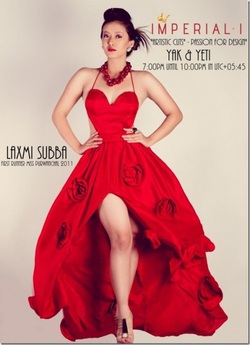 Along with time, she believes that the parents in the Nepali society, too, have started acknowledging the beauty pageants and have started supporting their children more than they did before. And, talking about her own family, they could not have been any more supportive as they have always stayed behind encouraging her and inspiring her. She plans to take one contest at a time, however, isn’t sure how long it would last.

It had been Laxmi Lawati Subba’s dedication and determination that made her overcome the obstacles in her life and win the multiple titles. One who believes hard work, dedication and confidence in yourself are keys to become successful in life would love to fall in love before she marries the guy although she is open to both the options of love or arrange marriage.