Penned by Lil Bahadur Chettri, Basain is a wonderful novel depicting the life and hardships of the people in rural villages of Nepal. The book has also been translated to English as Mountains Painted with Turmeric in the year 2008. The book originally published in Nepali in 1957 is a wonderful creation by social, realist and idealist novelist.

In this book of his, he has portrayed the reality of the sorry state of Nepalese people and society through the life of Dhane and his family who undergo suffering due to the exploitation of the feudal and so-called upper class of the society. The background of the novel is set in the feudal social system that prevailed in Nepal prior to 1951 political change. The landless (agricultural land) family of Dhan Bahadur Basnet survives by tilling others’ land and the central character Dhane (Dhan Bahadur) finds it very difficult to feed his family despite of his constant hard work from dawn to dusk. He also has a sister named Jhuma who has come to the age of marriage and he is struggling hard to find a suitable groom for his sister and food to feed his family. 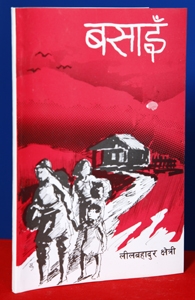 The destiny, too, seems to be against his family as anything he attempts, he fails in it. He takes loan from a local money lender with the hope of paying it back once the harvest is good but he cannot pay it and instead the amount keeps on multiplying with high interest rate. He had brought a buffalo about to bear a calf but that too goes wrong as the buffalo enters into someone else’s field destroying the crops and gets beaten so hard that he calf, too, is still born. He not only loses the dream of making ends meet easier for his family but also the dream of marrying off his sister to a handsome boy. His sister Jhuma falls for the lies told by a soldier (Rikute) who, attracted by her youthfulness and beauty, makes the false promise of marrying her only to have momentary pleasure while he is in village. As a result of their affair, she becomes pregnant, however, the soldier, as expected, runs away leaving her all alone to face the sarcasm of the society to the point of suicide. However, she is saved by Mote Karki who always had feelings for her. 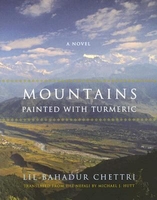 Dhane and his sister Jhuma are portrayed to be the direct victioms of the feudal practice and social, economic and cultural exploitation, both being exploited by the people powerful than them. However, the character of Mote Karki is positive and although he is presented as ‘not-so-handsome’ man, he is good at heart. Most of the characters are submissive towards the destiny, accepting all kids of sorrows, injustice and exploitation. Although the author might seem to believe more in fate, Lil Bahadur Chettri has done justice in describing the state of the people and the society during the time in his novel Basain.