The majestic lake city of Pohara is situated at an altitude of about 827m above the sea level around 200km west of Kathmandu. Known for its pleasant weather, splendid sceneries and rich cultural heritage as well as adventure sports, Pokhara is one of the most visit places in Nepal. This popular tourist destination is also known as the ‘heaven of Nepal’. From trekking to hiking to boating to rafting to paragliding and biking, Pokhara offers you the experience of almost every kind of adventurous sports. The lakes, caves, temples and the gorges in the city are its major attractions along with the mystical views of the mountain ranges it offers. Pokhara is easily accessible through thirty minutes flight or five hour bus rides from the capital city Kathmandu and it could also be accessed through other places of Nepal. Many travel and tour agencies offer various package tours around Pokhara. 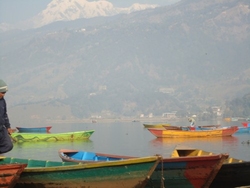 Boats waiting for the passengers in Phewa Taal in Pokhara. The boats could be hired to sail around the lake for an hour or a day and you could choose you ride it yourself or ask for the paddler. 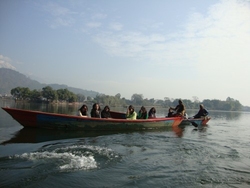 Tourists enjoying their boat rides in Phewa Taal. The boats also take them to the Taal Barahi temple situated on the small island in Phewa Taal. 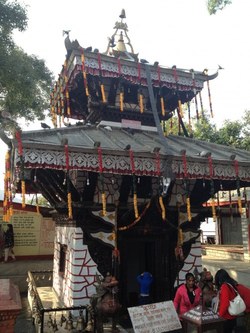 The temple of Taal Barahi that is situated on the small island in Phewa Taal. 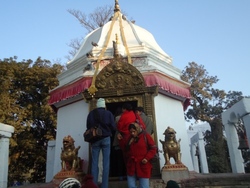 The temple of goddess Bindabasini, the guardian deity of Pokhara. The temple observes numbers of devotees, locals as well as tourists, coming to pay their homage to the goddess. 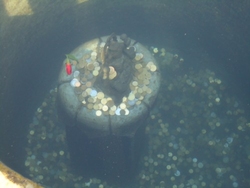 Coins thrown by the devotees in the Seti Gorge. People often tend to throw the coins here aiming at the top of the statue seen in the picture. 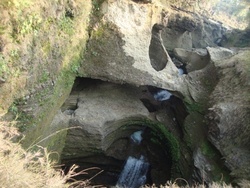 Devi’s fall in Pokhara is one of the major attractions of the place.

Panoramic view of the lake city. 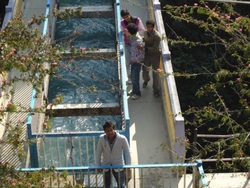 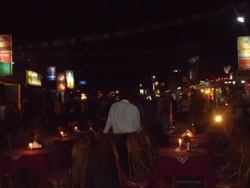