Morang, situated in the eastern part of the country is one among the seventy five districts of Nepal. Located at about 540 kilometers east of Kathmandu in Koshi zone is the second largest city of Nepal, called Biratnagar, which is also the district headquarters of Morang. The city houses some of the largest industries of the country which also makes Biratnagar one of the most important industrial zones. This place also serves as the base for making trips to Dharan and Barahkshetra and is easily accessible through regular daily flights from Kathmandu as well as by bus from various parts of the country. 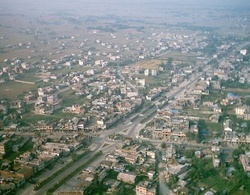 The green paddy fields, jute fields, flood plains and marshes along the Koshi Dam are what make the district rich with natural resources and beauty. The dam also created new wetlands that formed the Koshi Tappu Wildlife Reserve, besides controlling unpredictable floods and generating much of the country’s energy. Although there are no tourist accommodations in the reserve, most of the tourist visiting here stays at Biratnagar as it is closest with proper accommodation (located at the distance of two hour drive). The airport is situated at Biratnagaar and it is also a border district with its boundary being Jogbani of India.

Ratuwa, Bakraha, Lhandra, Singia and Budhi are the major rivers of the district and the population and the culture of the place is predominantly Nepali, Maithali, Tharu, Rajbanshi, Rai, Libu, Satar, Magar, Newari, Tamang, Santhali, Bhojpuri, Bhote Sherpa, Danuwar, Gurung and Sunuwar Abadhi. The district is fully facilitated with medical, clinical, communication and transportation facilities.