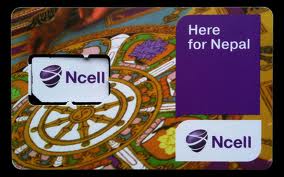 Previously known as Spice Nepal Private Ltd., which was established in 2004 with the license issued by Nepal Telecommunications Authority that launched its services on September 17, 2005 in Kathmandu and its neighboring area, the company spreaded its services and coverage to 75 districts of Nepal with eighty percent of its ownership belonging to Swedish/Finnish Company, TeliaSonera Holdings and that is when it re-branded itself as Ncell.

Ncell, once again rebranded itself when TeliaSonera sold its stake to Axiata for Rs. 109 billion. On December 21, 2015, TeliaSonera announced plans to sell its 60.4% ownership in Ncell to a Malaysian telecommunication conglomerate Axiata, with the deal expected to be completed in the first half of 2016. Ncell became a part of Axiata Group Berhad on April 12, 2016, when the Group bought 100% shares of Reynhold Holdings, which holds 80% shares of Ncell.

Initially started with “Ncell, Here for Nepal”, the telecommunication company also changed its tag line to Ncell: Today. Tomorrow. Together. soon after the acquisition by Axiata Group Berhad.

Ncell has new technologies and thoughts that attract many customers across Nepal which leave behind other telecommunications in competitive market. Ncell received “Mobile Operator with Best Consumer Pull in Nepal” and “Most Innovative Mobile Operator in Nepal” award at the CEO Conclave Award 2006, organized by South Asia’s leading information and communication magazine Voice & Data. It was also awarded as “Mobile Operator with Best Consumer Pull in Nepal 2007” at an event held at Kathmandu. The list of awards goes on with “Telecom Company of the Year Awards” at 2016 Nepal Best Practices Awards, ” Mobile in Emergency or Humanitarian Situations” at the global mobile awards 2016 for its joint initiative with Flowminder Foundation to identify displacement and pattern of people’s movement to better target the humanitarian support after devastating earthquake of April 25, 2015 and “Telecom Asia Awards 2017”.

Ncell has extensive coverage throughout the nation. Ncell is the largest ISP in Nepal as it has the subscriber base of more than 15.21 million users. It provides services like voice call, SMS service, 3G, 4G, Ncell Connect-browsing internet through data card, EDGE/GPRS, call waiting, call forwarding, conference call, voice mail, missed calls notification, SMS to email, email to SMS, USSD, mobile internet (GPRS/EDGE), multimedia messaging services (MMS), personalized ring back tones (PRBT) and various other value added services. It has also started international calls without calling card and also international roaming to various countries is available. All these services are available for both, the pre-paid and post-paid numbers. Most of the services it provides were introduced for the first time in the Nepalese Telecommunication market that has re-defined the arena of the Nepali telecommunication.

It has tied up with various operators in more than 125 countries, including 425 operators around the world and has been gradually expanding its roaming partners to provide convenience to its customers. 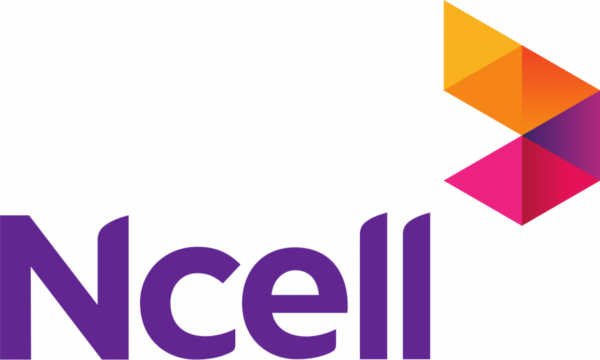 Also getting a sim card is not as troublesome as it used to be. All you need is a couple of passport sized photo and a copy of your ID card (citizenship card or other student ID card). However, you also need to take the valid ID for reference.

With an effort to expand and diversify the professional engineering field among the youth.,Ncell has agreed to provide scholarships and excellence awards worth Rs. 13 million to students at the Pulchowk Campus for the five years (2019-2023). Moreover, it organizes various events and activities like cricket matches, football matches, and musical concerts and also make donations to various charitable trusts and organizations.

It goes with the  tagline Ncell, Today. Tomorrow. Together. The head office of Ncell is located in Lalitpur – 4, Nakkhu. Ncell users can reach customer care service center by dialing “9005” on their cell phone. For more details contact: