The movie is about a college boy named Yoden (Samyam Puri) who has a bright future ahead of him but falls prey to the addiction and ruins his life and life of those related to or close to him. The intake of the substance takes him away from his brother, his only family, and his close ones making him selfish and psychotic. Always under the influence of the substance, he commits crimes without realizing their consequences and in attempt of helping his friend (at least he thinks that way), he ends killing his friend’s entire family. The death of one of his friend, a girl, due to a video of her posted on the social sites makes her take her life and which triggers the series of crime. 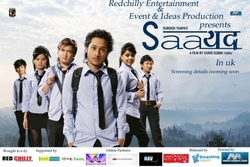 The movie purely targeted to the college going students and the young generations does not use any vulgar language or have any offensive scenes. The film is neat apart from few shots where the characters are shown taking the substance, which is the main theme of the story. The movie in an attempt to raise awareness among the people and has tried to point the dark side and the harms caused by addiction. It has also mentioned some of the reasons how even the good students often fall prey into the hands of element through the story of the characters. Along with its main theme, the movie has also tried to touch the other issues like the poor education system of Nepal, commercializing education for profit and other such issues related to youngster and education system of Nepal.

The movie at times might seem going out of its theme as it has tried to bring many issues at once. It might also seem boring and lacking in proper presentation, somewhere, however, it was a huge success among the college students and the younger generations. The actors has done a good job and the as only comic character in the movie, Wilson Bikram Rai has been successful to catch the attention of the viewers with his lazy addict character, Puri, too, has done a good job as a selfish semi-psychotic addict. With all its strengths and drawbacks Saayad is worth a watch.