Update: The institution was acquired by Sunrise Bank Limited in 2017.

Some of these institutions are also initiated by the major commercial banks and business houses while others are initiated and promoted by local people for meeting the financial needs and demands of the people in the area. One among the numerous financial institution striving to meet the needs and demands of the customers is NIDC Capital Markets Limited (NCML). NCML is the first company to undertake merchant banking activity in Nepal and has played a vital role in introducing various companies to the general public through initial public offers (IPO). The company offering services such as Registrar to shares, issuance of securities and underwriting became successful to establish itself as a pioneer in strengthening the transactions of the stock exchange by the way of efficient transfer of title of shares. 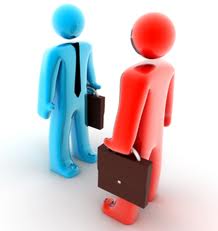 Established under the Finance Company’s Act 2042, the company was initiated by Nepal Industrial Development Corporation with the participation of other institutions such as National Life and General Insurance, National Productivity, Rastriya Beema Sansthan, Rastriya Banijya Bank, Nabil Bank and Nepal Red Cross and Provident Fund. Registered with the Company Registrar Office on 1/10/2049 BS, the company started its operation from 28/10/2049 BS.

Established with the major objectives of solidifying the capital market in the country by mobilizing internal resources and developing investment opportunities in the prevalent industries and business sectors of Nepal to achieve sustainable economic growth, NIDC Capital Markets Limited (NCML) has diversified its operations to include banking and financial services such as deposits, loans and cash advances and money transfer in addition to its merchant banking services.

The institution was acquired by Sunrise Bank Limited in 2017.