A microfinance bank established in November 1998 under the Company Act of Nepal 1997, Nirdhan Utthan Bank Limited is licensed by Nepal Rastra Bank as a ‘D’ category financial institution. The bank commenced its formal operation from July 1999 after getting license in April 1999 to undertake banking activities under the Development Bank Act 1996. It provides microfinance services such as loans, deposits, micro-insurance and remittance services to poor families of Nepal.

The operation of the bank is continuation of microfinance services provided by an NGO named ‘Nirdhan’ which was providing microfinance services since March 1993, even though it was legally established as a company in 1998. The NGO was established with the initiation of Dr Harihar Dev Pant (then senior officer with central bank of Nepal), who, during his visit to Grameen Bank in Bangladesh in 1986 was inspired by the system of microfinance and launched the program here in Nepal. As the Nirdhan had limited resources and capacity to satisfy unmet demand of poor people in different part of the country as an NGO, Nirdhan Utthan Bank Limited was established with the NGO as its lead promoter. The NGO, then, in 1999, transferred all microfinance operations to the bank as the development banks are supervised and regulated by the Central Bank which would enforce banking standards, development bank could have access to different source of funding enabling it to satisfy financial need of poor people and the bank can lend to a wider range of clients, including micro entrepreneurs graduated out of the bank’s regular clientele and it could accept collateral for potentially large and diverse loan products.

The bank was established with the vision of becoming a bank with a social conscience that enables poor to contribute equally to a prosperous, self-reliant rural society through self-employment and social awareness and help reduce poverty in Nepal. Established with the mission of extending financial services and social awareness to the poor in under-served and un-served areas of Nepal in a sustainable manner, the bank considers it as its primary goal to reach a maximum number of poor households with potential and financial viability by adopting proven delivery mechanism, develop a well-managed  institution with high staff morality and enhance women’s ‘self-respect’ through social awareness, proper use and on-time repayments of loans, regular savings and provision of related micro-finance services. 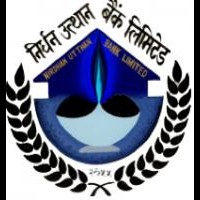