Most popular mobile handsets and apps in Nepal

Recently, the trend of using mobile handsets has drastically increased in Nepal. With the increase in the mobile phone manufacturing company around the globe and their various sets available in Nepal, the number of options for the people to choose from has also increased. From Finnish company Nokia, to South Korean Samsung, Japanese Sony, and other Indian and Chinese company, there are varieties of options offered to the people of Nepal, however, most of them still prefer Nokia.

Although the world market is dominated by Samsung Android and Apple phones, Nokia still rules the Nepali market with its highest number of users. According to the survey conducted on Facebook and the website of www.nepalitelecom.com (in the late 2000s), Nokia still has around 48 percent share of the total handset market in Nepal not only in terms of normal sets but also in terms of high end Smartphone. However, the user of normal handsets (non Smartphone) is about sixty five percent among the Nokia users. Samsung phones, as might be expected now, stands second with twenty five percent handset market shares, around seventy being the Smartphone, the Apple iPhone comes third with ten percent market share while the remaining companies like Sony Ericsson, HTC, LG, Blackberry and other Indian and Chinese sets goes way below the charts. 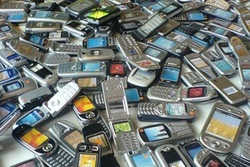 Nokia rules the Nepali handsets market with the highest number of users while Samsung is the leading company when it comes to buying Smartphone in Nepal. Among the apps used by the mobile phone users, the most popular ones in Nepal are Opera Mini Browser and Facebook, and the other apps used by the cell phone users are Nimbuzz, Mig33. Apart from this, the top free VOIP call and messaging applications include Viber, Whatsapp, Binu Messenger, Ebuddy and Skype. Apart from the games, these are the apps that rule the space in the mobile handsets in Nepal.

No matter how popular Samsung is around the globe, in Nepal, Nokia still is popular choice for the people comprising most of the mobile handset users in Nepal and Samsung, is thought of, usually only while buying Smartphone in Nepal.