Reasons to visit Nepal in 2020

What are the things you expect to explore while traveling? Mountains, Hills, Plains, Cinematographic scenes, Good Food, Good People, Entertainment and something surprising? Well, Nepal will not let you down in that case.

There are some parts of the world that, once visited, leave its imprint in our mind and heart. Nepal (is such country, that) welcomes thousands and millions of visitors every year from different parts of the world, many of whom keep coming back again and again.

Known for the birthplace of many famous idols, lush green forests, unique flag and the peaks that are in the bucket list of every traveler, Nepal has many more reasons to offer that will make you say, why not?

If you have it in your bucket list for a long time to visit Nepal but haven’t packed your bags yet, this is the year you finally should. Nepal has announced the Visit Nepal Campaign 2020 focusing entirely on creating best of experience with special events you might not see next year or later. 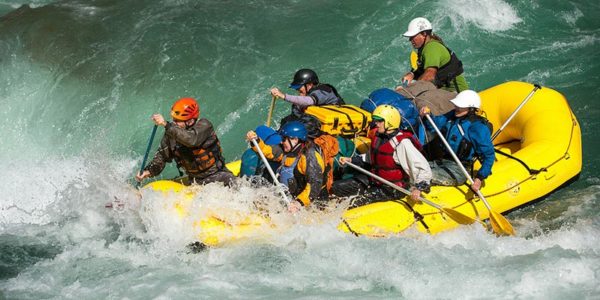 The special events include – The great Karnali Quest, Mustang Trail Race, Everest Marathon, Otaku Jatra, Photo Kathmandu and many more events that are sure to entertain you.

This can be that one-time opportunity you won’t want to miss and regret. 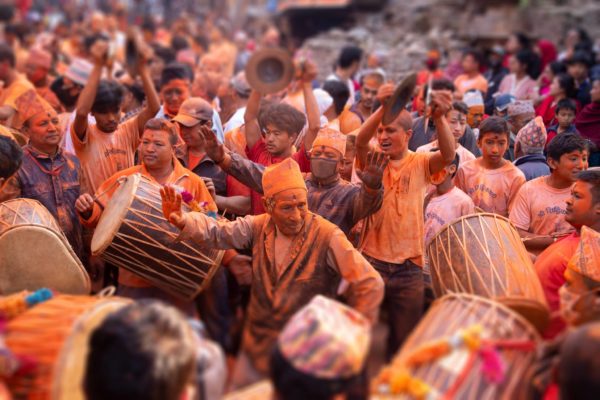 If there is one thing that you won’t see elsewhere other than in Nepal, it is definitely the jatras (festive processions) and festivals of the country. Blessed with around 125 ethnic groups, the landlocked country offers you a blend of different cultures.

The people have at least one or two major festivals and jatras every month. From the beginning of the year with Bisket Jatra and energetic Machhindranath Jatra to humorous Gai Jatra (literally the cow procession) and entertaining Ghode Jatra (a public event where horses perform stunts), you will be entertained throughout the year. Meanwhile, the celebrations like spiritual Mani Rimdu Festival and Buddha Purnima, colorful Holi and Tihar, amusing Teej, Dashain, Chhath, Christmas, Id, Ramadan and Chhechu are celebrated around the year. 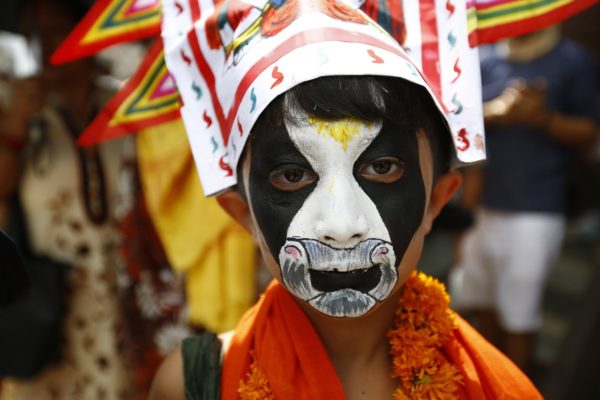 A boy with face painted as cow in Gai Jatra. A member from each family who lost any family member dresses up as comical characters and walks around the town in this festival.

If you ask “what more?” …In Nepal, you won’t have to wait for 365 days to celebrate New Year. Along with the Bikram Sambat and the new year we celebrate everywhere around the world, the diverse country also celebrates Sonam Lhosar, Tamu Lhosar, Gyalpo Lhosar, Nhu Daya Bhintuna, Maghi and Udhauli Ubhauli, which marks the new year of different ethnic groups and calendars. 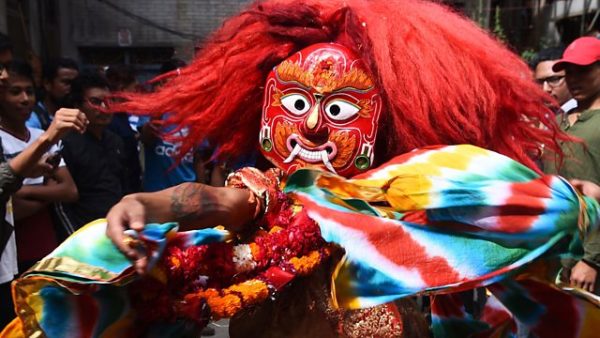 With around 10 UNESCO World Heritages, out of which 8 are religious sites, the country is rich in cultural diversity. You can see around 44 types of different cultural and folk dances, most of which are performed during special events and occasions while some dances are also performed in theatres.

You can see Deuda, Dhime, Ghatu, Jhyaure, Ghintang Ghisii, Sherbu, Ratyauli, Manjushree Nach (Dance), Kumari Nach, Navadurga Nach, Chandi Nach, Kartik Nach, Lakhe Nach, Nilbarahi Nach, Khukuri Dance and many more. Some dances are performed on special occasions and celebrations while some are celebrated as festival for weeks and even a month. 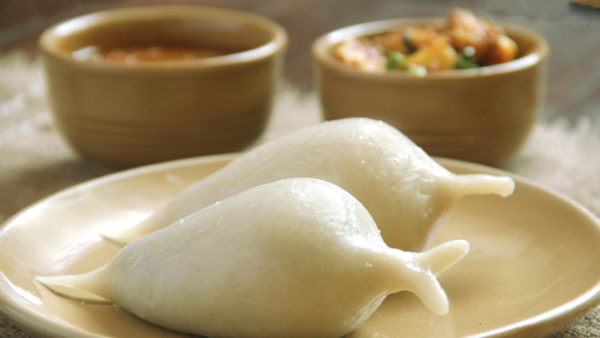 Yomari – a delicacy made from rice flour with sweet fillings of chaku (a mixture made from molasses, sugar and sesame seeds)

Nepali cuisines are known for their exotic flavors and wholesome meals. Rich in its own spices and cooking methods, the country offers a large variety of meals that differentiates from each other representing the diverse culture and ethnic group it is inspired from. Different from other Asian cuisines, Nepali food has a distinct flavor and taste that impresses your taste buds instantly. 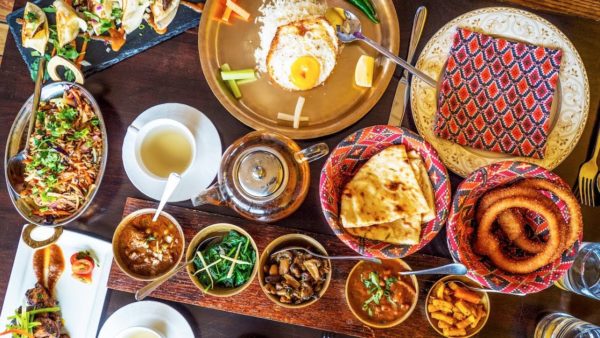 An authentic Thakali set and Sel-roti

You can head to authentic restaurants and lodges or roam around the narrow lanes and busy streets exploring the local flavors.

5.The land of superlative landmarks

It won’t be a mistake if the landlocked country is also called as the land of superlatives. With eight out of ten highest peaks including Mount Everest, the highest peak in the world, the country is also known as the Land of Himalayas. The country receives hundreds of mountaineers and travelers yearly who visit Nepal for a glance of the breathtaking views and treks to Everest Base Camp, Annapurna Circuit and Base Camp, Manaslu Circuit, Kanchanjunga Base Camp and more.

Tilicho Lake at an an altitude of 4,919 metres from sea level

The country is also gifted with some of the highest lakes in the world, Tilicho and Panch Pokhari. Known as one of the richest country in water resources, Nepal has altogether 6,000 rivers (including rivulets and tributaries), waterfalls and lakes, most of which are also famous for recreational activities. 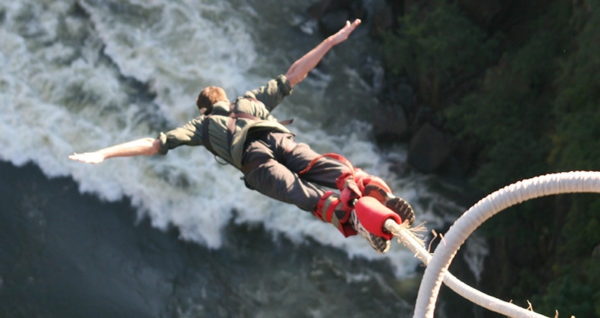 Mountains, rivers and hills are the first three things that cross our mind immediately when we think of adventure, all of which Nepal is rich in. With the landmarks that include highest mountains, Himalayan belt, plains, fast-flowing rivers and waterfalls, Nepal is a perfect destination for outdoor and adventure.

The history of adventure tourism started in Nepal with the early attempts to ascend world’s highest peak Mt. Everest. With the diverse panoramic views, nature and wildlife, Nepal has become a dream land for adventurous people from all over the world. 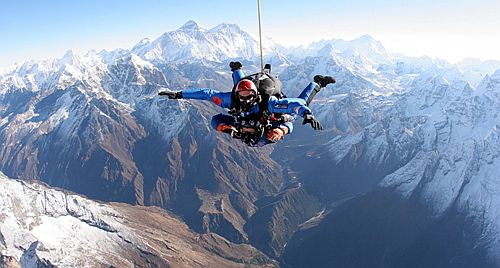 A person sky diving above the mountains 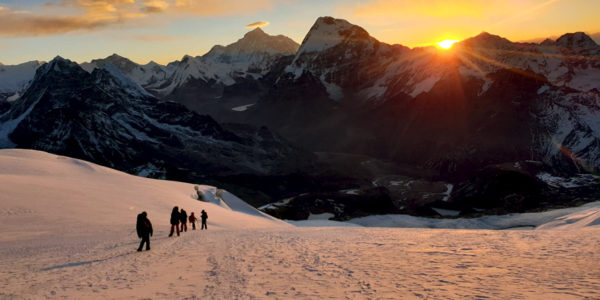 Sunrise from Everest Base Camp

Where else can you start your morning in the lap of Himalayas, travel through the green hills throughout the day and see the sunset in the plains of the Terai? Within the small area we see in the map, is a hidden gem that comprises chilling mountains, warm hilly region and beautiful plains of the Terai.

Like an abstract piece of art, the contrast is complementary in itself. 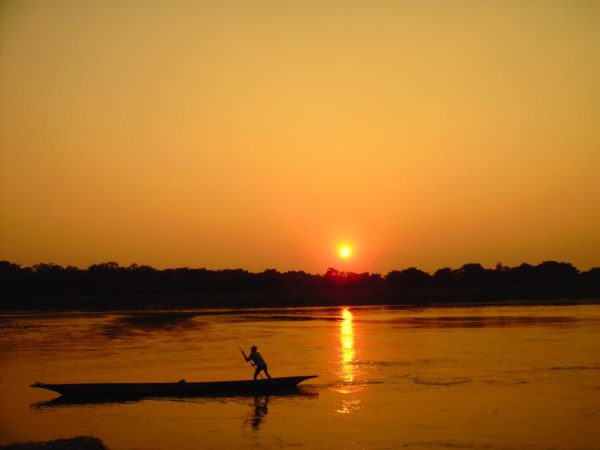 The peaks in the northern belt showing direction like a compass, the deserted sky caves in the west preserving the history of human origin and civilization, the rough guides in the middle of dense forest that follows the footprints of those who walked the east before you and the southern plains covered in golden fields and dense river-lines; every direction stands out from each other.

8.Land of Idols and Spirituality

The evening at Maya Devi Temple, the birthplace of Buddha in Lumbini, Nepal.

Popularly known as the birthplace of Gautam Buddha, Sita (Janaki), Bhrikuti and Araniko, Nepal is seen both as a religious as well as spiritual destination. Thousands of pilgrims from Asian and European nations visit Nepal for inner peace and ethereal experiences.

Be it the bells, music and aura in the evening aarati of Pashupatinath, calm and airy feeling in Lumbini or the faith that inspires people to walk through hills and mountains for days to reach Gosainkunda, the spiritual awakening is magical. The wall paintings and wooden carvings around the buildings has its own story to tell that will dwell you in the rich history and energy around you. 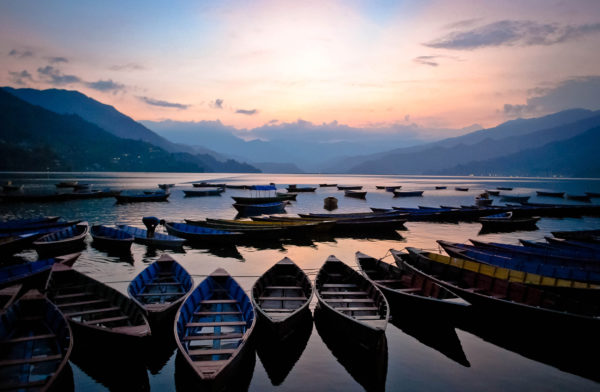 The evening at Fewa Lake

Nepal’s wildlife and natural magnificence is among the attractions and major reasons why you should visit it. The mystical caves, lush forest, serene lakes, never-ending Himalayan belt, deep-seated gorges, heavenly waterfalls and vivid nature will make you feel alive.

The varying altitude and climatic conditions of the country is also responsible for the richness in flora and fauna. The land treasures 6000 species of flowering plants and 530 ferns along with endemic plants like 30 sub-species of Rhododendron and 386 varieties of orchid. 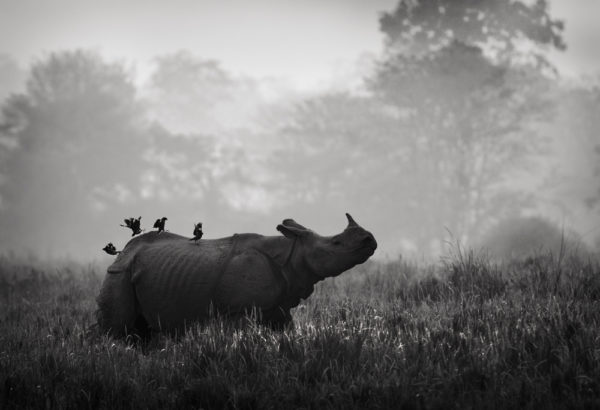 Be it your wish to travel solo or a tour with friends and families, Nepal is a homely destination that will submerge you in its earthy flavors, natural elegance, vivid culture and warm welcomes.