The highest park in the world!

On 19th July 1976, a protected area was established in the Himalayas of Nepal which includes the highest mountain in the world, the Sagarmatha. 443 square meters of the Solukhumbu district of Eastern Nepal is occupied by this area which variations in elevation ranging from 2845 meters to the summit of Mount Everest.  This park is enlisted in thw World Heritage Sites’s List. 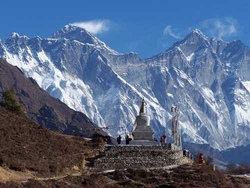 Many rivers flow through this National Park along with Dudh Koshi water basin system. Similarly, numerous glaciars float across this park.

Beacause of the varying  altitudes, the park can be divided into four climate zones including a forested lower zone, zone of alpine scrub, upper alpine zone and the Arctic zone.

The main visitor center is located on a hill at Namche Bazaar whereas southern entrance of the park is a few hundred kilometers north of Monzo (which is a one day hike from Lukla).

In the forested lower zone blue pines, juiper, birch firs, bamboo and rhododendron grow. Just above this zone i.e. the zone of alpine scrub, the vegetation is either dwarves or shrubs. Plant life is restricted to lichens and mosses with the increasing altitude followed by complete cessation of growth at 5750m. 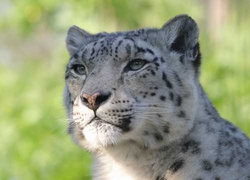 It is noted that 118 species of birds fly here. Some of them are Red and Yellow billed chough, Blood Pheasant, Himalayan Monal. Similarly, it is home to a number of endangered species included musk deer, snow leopard, Himalayan Black Bear, langurs, Red Panda and Himalayan coolers. Since the partial pressure of Oxygen falls with altitudes, animals living here are adapted to breathe in less oxygen and enjoy cold the freezing temperature.