In his career of more than two decades, Nepali playback singer Rajesh Payal Rai has gained much name, fame and popularity in the music industry. However, to get where he stands today, he has faced many obstacles on his way. He has sung more than 300 Nepali film songs and including the folk, contemporary and pop songs he has lend his voice to, the total number of songs he has sung would be around 1200, which itself is a record. He has also been awarded with almost all the awards in Nepal given for singing, such as Hits FM Award, Image FM Award, Annapurna FM Award, Kalika FM Award along with the prestigious Narayan Gopal Sangeet Award and Chinnalata Music Award. 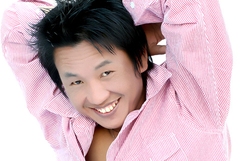 He started singing in the films after fifteen years of staring his musical journey with his first album Murchana. He has also tried his hands on composing, acting and singing in different albums and during the process, he had composed music for nine films and a dozen other contemporary songs along with acting in the movie Gundaraj. He had released four albums simultaneously in a year which is a feat only he has achieved (according to him) and has also released a book titled ‘Voices of Rajesh Payal Rai‘. He has also received two letters from Guinness World Record and if he gets the third one, he will be considered for a nomination in the Guinness and if he gets nominated, he would do his best to see his name in the record book. The four albums of his released in a year are a patriotic album Made in Nepal, a contemporary album Murchana 2, a fusion-collection of folk songs Jadau 3 and Limbu language album Aa Sewaro.

At the tender age of 14, Rai came to Kathmandu to fulfill his dream of seeing Radio Nepal which he often listened to in his village in Khotang. Interested in singing since his childhood, he did not hesitate in giving voice test in Radio Nepal and also passed it. He got to sing on the radio and as he was only ninth grader at the time, he returned to his village to complete his SLC from Bhuipa. After that, he shifted to Dharan where he found plenty of opportunities to explore his talent. Samjhana ko kura nagara was his first song to be recorded and he also gave his first solo concert in Dharan in 1994. When he sang in an event in Mahendra Campus in 1990 in front of ten thousand people, he got many offers to sing at musical events after that.

He had set record by recording nine songs in one day, few years ago and this time, he did it by releasing four different genres of album simultaneously. This record breaking singer is on his quest of creating an album where he will be singing songs in all the major languages of Nepal. An Indian music company named T-Series has also offered him to record a Bhojpuri album Sheela K Jawaani. One who records more than a dozen songs a month, he charges Rs 10,000 for a song and is busy almost every day recording different types of songs. Few years ago, he suffered with paralysis and was in critical condition, however, his health improved significantly after undergoing physiotherapy and although he had trouble moving his hands and legs, he recorded songs for Hifajat, Badshah, Dhoka, Mard and many other movies. After this, however, he decided to quit smoking and drinking, a rule he follows till date and he also goes for physiotherapy every day.