Shivapuri Nagarjun National Park is the ninth national park of Nepal which was previously established as a protected watershed area and wildlife reserve. Later, it was extended to the Nagarjun Forest Reserve.

This park is locted in the transition zone between the subtropical and temperate climate, and because of it’s location in the hills of the valley, it is place to visit. 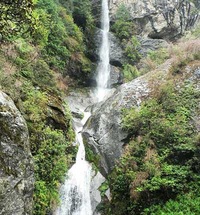 Vegetation consists of middle hill forest from 1000 to 1800 meters. In the lower and upper subtropical bioclimate zone, Himalayn subtropical broadleaf forests are found while in the lower temperate bioclimate zone, Eastern Himalayan broadleaf forests are found. as the height increases, medicinal herbs tend to like this park more. Apart from these, 129 species of mushrooms are found in this park.

318 species of birds fly over this place.