Girls and guys alike, many will swoon upon hearing her name and some will feel a sense of pride as well, as she rightfully deserves so. Shristi Shrestha, after being crowned Miss Nepal 2012 on the 6th of May at the age of 23, quickly became celebrated amongst the young Nepalese as being the most beautiful winner the local pageant had ever seen – or at least in a long time. It was not all without delivery too as, in spite of the crown not being brought home, Shristi managed to be the first winner to have put Nepal through to the Top 10, twice, in the challenge events and to emerge as Top 30 in the Miss World pageant in China which saw 116 countries participating. 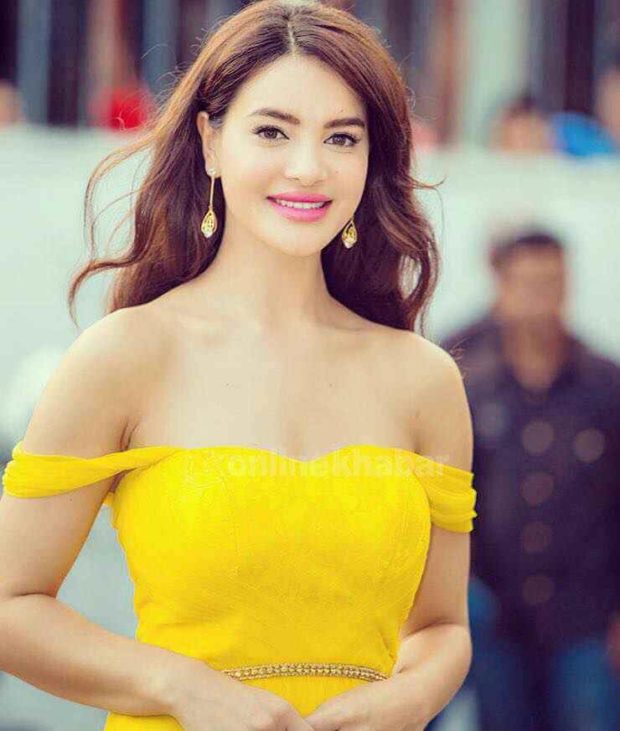 Shristi’s Miss World Journey: Standing tall at 5’9”, Shristi’s Miss World journey was dilligently documented through her own Facebook fan page and she made sure to update her fans and supporters with as much information and pictures as much as she could. This placed her in the Top 10 category for the Multimedia Award. She garnered about 158,000 Likes from the Facebook community who could barely resist Liking her pictures, as photos of Shristi Shrestha’s flooded every Nepali’s News Feed.

The second challenge event she was shortlisted for was Beach Beauty. Although a common trend for Miss Nepal pageant winners to not have a particularly bikini-ready body, this Chitwan-born beauty who had grown up in the UK managed to convince the judges to put her through. With a physique as stunning as hers and a decorated modeling career to her name, it could not have been a hard one.

The Controversy: Although seemingly on the quiet side, controversy still managed to find its way, when an old video of her surfaced on Youtube and quickly went viral amongst raged Nepalese around the world. In the video, which was made prior to Shristi’s victory in the local pageant, the interviewer asks about her parents’ ethnicity. Without wanting to go into detail about the rigorous caste system of Nepal, she first answers that her father hails from the Mongolian side, which is normal for any Nepali to say, then resolves to agreeing they’re Nepalese. Due to the way the dialogue was carried out, the video managed to enrage a large amount of people, supporters or not, who felt she had rejected her identity as a Nepalese.

Owing to her nervousness of being in front of the camera, Shristi then followed the controversy with an apology for the way the video of her had became ”hurtful” to watch and reassured that it was “truly unintentional”. Backed up by a few other big names in KTM from their own Facebook accounts, Shristi managed to still retain a large following, although the negativity could not be entirely removed.

Still from the short movie “Hide”

Acting and Theatre: She debuted in Nepali movie Gajalu opposite Anmol K.C. She debuted her theatre career with the role of Ophelia in Shakespeare’s Hamlet, which ran for a month in the Theatre Village in Kathmandu. Besides, the actress has also been part of Nepali and Hindi music videos and movies like Romeo and Muna and Bandha Mayale. The actress was also featured in a short movie, Hide. She recently played a character Maya portraying lesbian character in a YouTube series Just Another Love Story opposite Priyanka Karki.

Personal Life: The actress is dating actor Saugat Malla for quite some time and the duo can be seen sharing screen in the movie Poi Paryo Kale.

Aspiring humanitarian: Even before her win, Shristi was a recognized face in KTM, as she walked for TGIF Fashion Week in 2011 and was the cover girl for Nepal’s fashion magazine Navyaata. Also currently a Nursing student in London, Shristi wishes to follow in the humanitarian footsteps of Mother Teresa and has long admired Florence Nightingale.