The trend of sending SMS is increasing in Nepal with the easy access of the people to mobile phone technology. Although the technology started only in 1999, it has gained much popularity in short time and is one of the most popular medium of communication in Nepal.

With the increase in mobile phone users, the use of SMS for communication has also increased. This easier, faster and cheaper way of communication is not only popular among the youngsters to communicate with their friends but has also become popular among people of all age groups and backgrounds. For some, it is a way to send greetings and wishes on special occasions while for others, it is a medium to pass information and circulate important and urgent official matters. 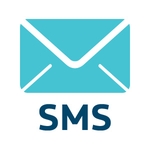 The SMS service was first started in Nepal by Nepal Telecom (NT) in the year 1999 with capacity of 10,000 for GSM phones. Back then, it was free of cost and only from the year 2002 was the SMS service charged. There are around 6,300,000 GSM users now (2012) and an average of 3,000,000 SMS are sent everyday in the national level by the GSM users. This is further increased during the festivals and when there are discounts. People not only use SMS on occasions to send wishes and greetings or for circulating urgent and important official matters but also use it on a daily basis to convey your feelings to your loved ones. Moreover, it is also used as a medium to send positive message to help others start their day.

SMS has also become a way to gather polls and views of the people regarding various issues and political events (by media). It has also been used as a platform for various competitions and a way of collecting votes. In addition to this, many organizations and media provides value added services like traffic updates, news, subscriptions of daily quotes, horoscopes, etc. which has also resulted in increase of its popularity. Also, the facility of getting your SLC and High School results via SMS has added another positive reason to its increasing popularity as a medium of communication in Nepal.