In the world of technology and modernization, people (especially children) tend to forget the traditional and religious values as, most of the time, religion seems to be being replaced by science and modernization. It is essential that the moral values be instilled into people during their childhood so that they would grow up to be morally responsible and culturally educated human being. As it is said that learning begins from childhood and also that what one learns as a child lasts long and helps in shaping their thoughts and ideologies at later age, it is essential that the child be taught moral and cultural values from the early age. For that purpose, some schools which not only impart academic education but also traditional and positive cultural practices to the children are considered to be very fruitful for the child. One among many such schools is Sri Satya Sai School in Nepal.

Established with the objective of fostering the very value systems in keeping with the best traditions of the Satya Sai Education System, two schools under the Satya Sai Education System were established in Nepal, Sri Satya Sai Shiksha Sadan at Tokha in Kathmandu and Sri Satya Sai Vidyashram in Pokhara. The schools that emphasize the five pillars of Truth, Right-conduct, Peace, Love and Non-voilence aim to cultivate awareness for great humanitarian works in the minds of the children. 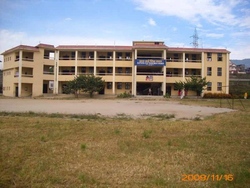 Sri Satya Sai Seva Organization Nepal was established during the early 1970s with the objective of enabling people to discover their innate divinity and develop faith in the God. The organization now has nearly two hundred centers and bhajan groups across the country and in order to quench the spiritual thirst of the seekers, the organization involved itself in various activities from providing assistance to the needy to establishing schools for imparting education and helping in character development of the child.

Established in the year 1996, Sri Satya Sai Shiksha Sadan in Tokha is one of the popular schools in Kathmandu which not only is famous for its quality education but also because of the moral values and Sri Satya Sai’s teachings imparted to the child to make them morally responsible and well cultured human in the future.

Satya Sai Vidyashram commenced its operation since 2002 AD in Pokhara. Established as a branch of the former school, this school, too, became quite popular among the parents who wanted to give their children quality education and also wanted them to follow a belief and cultural pattern.

The schools usually take students as boarders and during their stay at the school, the student not only becomes academically knowledgeable but also gets a chance to gain spiritual knowledge. The students are required to wake up early and pray to god (their respective god) and are also encouraged to meditate for few minutes before they start studying. Also the moral character and good values are taught to the children and they are expected to behave in a certain manner. It has also been observed that the children who had studied at Sri Satya Sai School are calmer and less aggressive than students at other schools. Not only the daily morning prayers but the students are also taught to pray before eating food and before going to bed. The schools also encourage the students to participate in extracurricular activities and conducts such programs very often where the students gets the chance to showcase their talents in front of the people at national as well as international levels. Sri Satya Sai Schools are one of the best choices for your children if you are looking for a school that not only imparts academic education to your children but also gives them moral values and good characters along with spiritual knowledge and understanding. For further details, log on to www.srisathyasai.org.np.