It is the first television channel in Nepal and is the only state owned television. It was established in January 1985 with the slogan ‘communication for development’. It covers over 50 countries, broadcasts 24 hour and has mixed types of programs. However, it faces tough competition with other private channels. It also has a sister channel, NTV Plus.

Kantipur Television, popularly known as KTV is one of the leading private television channel in Nepal. It was launched in July 2003 by the Kantipur Media Group that owns publication, television, radio and internet. It not just broadcasts in Nepal but also in some of the other Countries.

It was established in 2007 with a slogan, ‘tapaio tesro aakha’ (your third eye). It is a complete news channel with hourly updates and special bulletins. It is the Nepal’s first news channel and can be viewed online.

Aveneus TV was established in 2007 by a Nepali advertising agency, The Ad Avenues Nepal with a slogan ‘Khabar Bhitrako Khaba’ (news inside the news). It produces news current affairs programs. It is a 24 hour news channel.

It was established in 2010 by a private television company with a slogan ‘Prosperity and Peace’. It produces news and entertainment programs although news is its identity. Targeted for all types of viewers, it offers diverse programs. 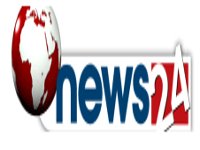 As the name suggests, it is a news channel established in 2010. it broadcasts for 24 hour and can be viewed online.

It is a privately owned television channel by Image Group of Companies. It produces every kind of programs from news to talk shows to teleserials. It is one of the oldest channels in Nepal..

Established in 2008, ABC stands for ‘Accuracy, Balance, Credibility’. It is a news channel with the slogan ‘ganatantra Nepal ko vastawik samachar’ (real news of Republic Nepal).

The entertainmaent and news channel Terai Television was established in 2010. The channel is oerating from Birgunj with Kathmandu as its head office. It also broadcast programs in Madhesi language.

It is the first Nepali language satellite channel broadcasted from India. 90% of its programs are in Nepali and the other 10% in Hindi. It was established in 2004 with the slogan ‘sadhai agadi’ (always ahead).