The Beautiful Village of Tansen 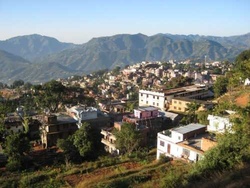 Tansen is one of the few ‘off-the-beat-track’ destinations in Nepal in the ancient hill of Tansen. Midway between Indian border and Pokhara, Tansen’s old artistic Newari houses and cobbled streets are waiting to be discovered. A picturesque town lying on the lap of the Shreenagar hills, Tansen is the headquarters of Palpa district and the hub of the mid west culture of Nepal.

Varying from 250 m to 2,500 m in elevation, the town has houses influenced strongly by the traditional Newari culture. The name ‘Tansen’ has been originated from Magar language, which means ‘northern settlement’.

Tansen offers enchanting walks that lead to interesting sites. Some of them are the Shreenagar hills, the Kali Gandaki River or holy shrines in the least expected places!

Tansen’s history is as appealing as its beauty. Palpa was ruled by the Sens in the past. Tansen was the seat of the Sen kingdom during the 16th century. This powerful reign lasted for almost 300 years, and has left

Tansen can be visited at any time of the year. While the climate of Tansen varies from tropical to moderate, Tansen is moderate to warm. The temperature is around 28oC in the summer and around 8oC during winters. It rains maximum during June and July.