Top Group of Companies in Nepal

Nepal is a small landlocked country. Although Nepal has to depend on the products imported from other countries, there are some top business houses in Nepal which has been gaining rapid reputation and success in production and marketing of products as well as other economic activities. Five among such successful groups of companies/organizations are listed below:

One of the most popular and leading groups of organizations in Nepal is the Chaudhary Group, popularly known as CG. Currently led and managed by Binod Chaudhary, the first billionaire of Nepal, the group has been present in the country for more than 136 years and during this period, it has earned itself the reputation of being biggest company of Nepal. Owning over forty five companies, sixty brands in thirty countries and giving job to over six thousand employees, CG has been able to cover Food and Beverages, Education, Real Estate, Financial Services, Hydro Power, Infrastructure, Telecom, Cement, Hotels and Resorts, Biotech, Electronics and White goods, Energy, FMCG, Realty to Retail, etc. as its core area of business.

Khetan Group was started in Nepal by Shree Purna Lam Bihari Lal Khetan. The group has succeed in finding itself a niche in Nepali business and economic field with its diverse interest and involvement in the field of mining, fast moving consumer goods like beverages, food stuff and service industries like insurance, banking/financial services, telecommunications, IT, real estate, investments, energy, etc. 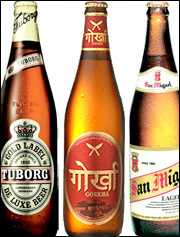 On October 2000, The Group established Himalayan Snax and Noodles Private Limited (HSNPL) in technical collaboration with Thai President Foods Plc of Thailand. On 1st April, 2002, Laxmi Bank was established as the 16th commercial bank in the country. One of the leading insurance companies in Nepal, Everest Insurance Company (EIC) started in 1994 as a Public Limited Company. Prime Life Insurance Company Limited was incorporated as a public limited company in June 2007. Himalayan Bank Limited was established in 1993 in partnership with Employees Provident Fund of Nepal and Habib Bank limited of Pakistan.

Besides these, the Group is involved in bottling and refilling of Liquified Petroleum Gas, drilling and boring deep tube-wells for irrigation, consultancy and representation in the field of Power, Transmission Line, Hydroelectricity, Construction, etc., and other various import and export activities, marketing and distribution activities in sound ventures and instruments. Some of the other companies as well as associate companies of Khetan Group are Mutual Trading Company Private Limited, Himalayan Petrochemicals Limited, Himalayan Agriculture Private Limited and Prime Life Insurance Company Limited.

With an annual turnover of more than US $ 150 million, Sharda Group has been able to earn itself the reputation of being one of the top business groups in Nepal. Since 1970, the group that has been involved in production and marketing of carpet and wool, cement, flour and rice, homecare, noodles and snacks, oil and ghee, oxygen, plastic, rubber and footwear, soaps and chemicals and wires and cables. The group started its business with garment industries but it was the establishment of a rice mill at Lahan in 1948 which gave it the real success.

The Group also owns Pioneer Carpet Industries as a solo project and Shangrila Housing, Bajra Shangrila Residency, Infratech and Shivam Cement Industries as joint ventures. Sharda Group is involved in the export-import of a wide variety of products like Copper and Brass Scrap, Zinc Ingot, Zinc Dross, M.S. Plates, Rice, Silk, Betel Nuts, Food Products, Chemicals and other miscellaneous items under the company name of Pioneer Marketing. It also has Food and Beverage Division of the company which is engaged in imports of products like Milk Powder, OKI brand Sunflower Oil, Chocolates, Betel Nuts and Dates.

Samiksha Enterprises handles the import and marketing of electrical goods, machinery, consumer goods and chemicals along with marketing of electrical goods under the brand name of ‘Premier’. The company is also involved in the import and marketing of the consumer and cosmetic products like toothpaste, tooth brush, powder, bathing soap, candy, etc. Sharda Group is also involved in providing Banking and Financial services with the establishment of Kumari Bank Limited and Sunrise Bank Limited Nepal Merchant Banking and Finance Limited. The Group had also started Ridi Hydropower Development Company Private Limited. 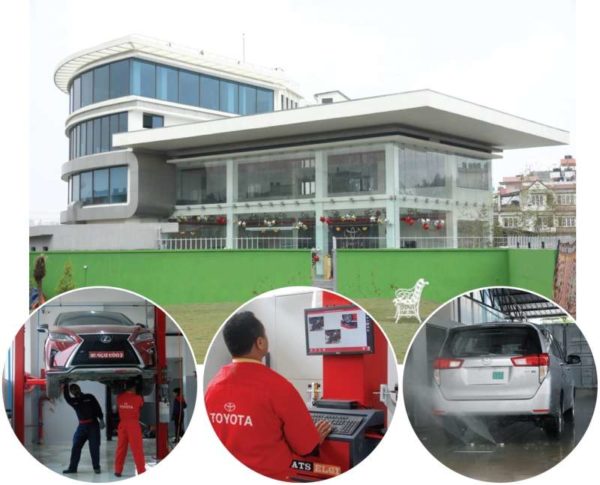 It has established a contact center named Serving Minds Private Limited as a joint venture with the Mercantile Group in 2001. It has built a number of schools close to its tea gardens and agro-based industries for the employee’s children, provides scholarships to the orphans, the handicapped and poor children in different schools across Nepal and has also been sponsoring the education of seventeen Nepalese students pursuing their degrees in medicine, engineering and agriculture in Philippines. It has built waiting stands at the bus stop, gifted vehicles to the Nepal Red Cross Society and Nepal Family Planning Association and has also setup awards for conservationists. It has been sponsoring the All-Nepal Annual Toyota Hockey Tournament, Toyota Golf Tournament and the ANFA Football Tournament. Besides these, the organization has sponsored various events such as Women’s Motor Rally and the International Marathon which was organized in Nepal for the first time.

Manisharsha Jyoti founded the trading company Syamukapu in 1920s which acted as the rise of the empire of the group in the country. In 1964, Bhajuratna Engineering and Sales Limited was established followed by Syakar Company Limited in the year 1976. The first Nepalese iron and steel factory Himal Iron and Steel was established in the year 1961 which was later joined by cement factory, Himal Wires Private Limited, Himal Oxygen Private Limited, Jay Spinning Mills Private Limited, Jyoti Yarn Processing Private Limited and the Jyoti Farm. Himal Agencies of the Group was established in order to provide Kolkata-to-Nepal logistic solutions and offers freight clearing, forwarding and transportation (ocean and inland) services from the lifeline of Nepal’s imports and exports, Kolkata port to different destinations in Nepal. The group of companies, with its diverse sectors, has been able to present itself as one of the top business houses in Nepal.

Established in 1968, by Karna Shakya, Kathmandu Guest house (KGH) Group has been expanding its services in tourism and hospitality for a very long time. With its chain of Nepal’s leading hotels and lodges, Kathmandu Guest House prides itself on being affordable to all budgets, from those looking to treat themselves to total comfort in elegantly modern suites to the minimum budget volunteers and scholars who take the famous no-frills rooms. 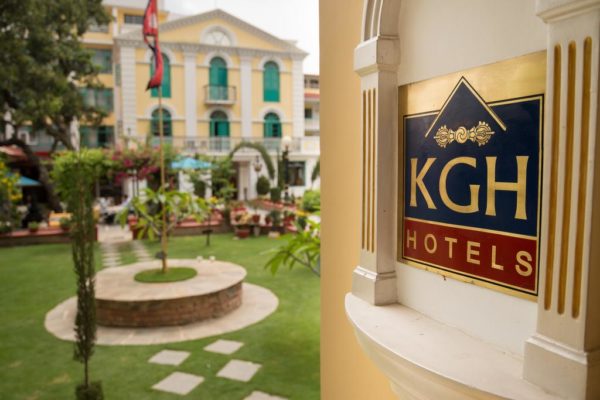