Traditional methods of communication in Nepal

Nepal is a country rich in traditions and cultures. The forms of modern communication are quiet recent and new compared to other countries and before the introduction of these modern forms, there were traditional ways for communicating with the people and the masses. These were also practiced during the time of various kings and rules in Nepal. Some of the popular traditional forms of communication in Nepal are as follows:

It is one of the oldest communications in practiced in Nepal. In this method, a person (Katwal) shouts and gives messages to the people in the village or community.

A traditional form of communication, Gandharva Gaune refers to the method in which the Gandharva (an ethnic group in Nepal) sing the messages in the form of song. They are usually paid in cash or food to send a message from one place to another. They take a Sarangi with them and sing the messages. 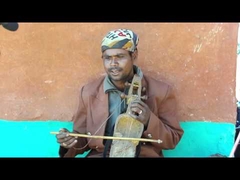 It is another traditional method of communication, actually a form of mass communication in which a man beats a huge drum and call for the villagers to gather at the chowk. When everyone is gathered, the special announcement is made by another person who carries a letter and reads it out. It is usually done when an important announcement needs to be made.

This method is similar to Jhyali pitne, the only difference is the instrument used. Its like a trumpet unlike Jhyali that resembles drums.