Ghandruk is the second largest village in Kaski North. This Gurung village in western Nepal is one of the favorite and most popular trekking destination. This hilly village lies on the Annapurna Himalayan Range and could be trekked from Nayapul few kilometers away from Pokhara. This place is incredible for watching the early morning golden rays of the sun touching the white snocapped Fishtail mountain and the entire Annapurna Himalayan range. The trek is considered to be easy and one could be accompanied by the splendid views of the Himalayas, forests, and also the animals on the way. It is one of the most exciting and thrilling experience of life. 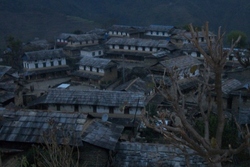 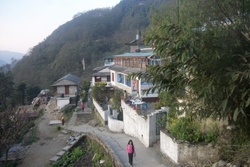 Ariel view of a hotel and road in Ghandruk. 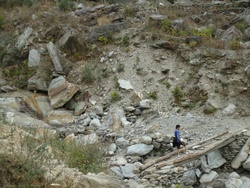 The road taking up to Ghandruk village. 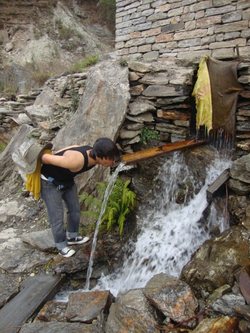 A man enjoying cold water to quench his thirst and beat the heat during the trek. 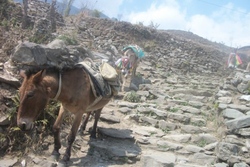 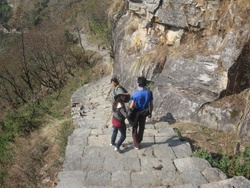 Trekkers returning back from Ghandruk village.