The trek to the beautiful Namche Bazaar in the Khumbu region is an exciting and one of the best ways to explore the Sherpa village lying below the highest peak of the world Mt Everest. This trek, considered as a moderate one, takes you up to the wonderful village of Namche which is also the most important and busiest trading center of the region. The trail is accompanied by the stunning Himalayan views, the majestic Dudh Koshi and Bhote Koshi River valleys with the backdrop of Kantega and Thamserku and the Nuptse-Lhotse Himalayas and the majestic, king of all mountains, the Mount Everest.

The views alone are so rewarding along the trail that you get positive feeling and forget your tiredness as you go up. The trail passes through tremendous snow capped mountains on all sides with deep forested river valleys and small Sherpa village and their fields. This wonderful snow-white with the deep green at the foreground makes you look like you are inside a well taken and well edited photographic imaginary world, however, the only difference is that, these are all real. 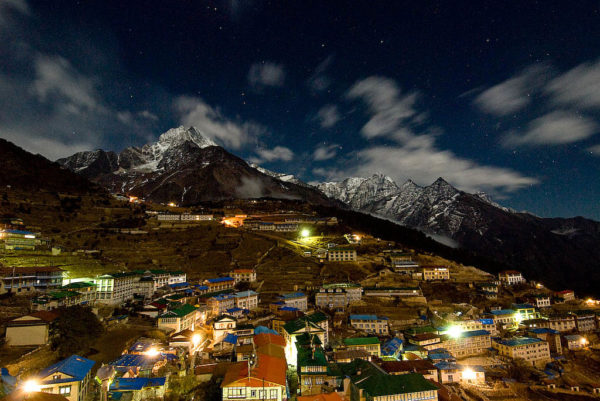 This two days trek include six to seven hours of hike each day through the easy trail but the comparatively difficult altitude for those who are not accustomed to it. The trek starts from Lukla to Phakding through the Dudh Koshi valley. From here, after crossing the high suspension bridges over the river, you move towards Namche Bazaar passing through the Mongo, beyond which lay the entrance to the Sagarmatha National Park.

Namche village is the main trading center of the region and the busiest market day is Saturday. Tucked between two ridges in the middle of the giant peaks of the Khumbu region, Namche Bazaar has many lodges, tea shops and souvenir shops along with its beautiful scenery. It is also an ideal place to stay for acclimatization if you want to go further up. The places to visit here is the Khunde Hospital established by Sir Edmund Hillary and also the Everest View Hotel at the distance of about one hour walk up above Namche from where the sunset view of Ama Dablam, Nuptse, Lhotse and Everest is too captivating. The golden rays of the setting sun falling on the white snow capped mountains makes you wish to stop time then and there. Other places that demand a visit include National Park Center and the Museum which lay just above the village.

The best time to go on this trek is during the month of October to May.