The largest Internet Service Provider (ISP) in Nepal, WorldLink is one of the most prominent IT companies here. Established in September 1995, WorldLink aims to provide Internet and IT services. The company started off by providing store-and-forward e-mail services over a dial-up link to the internet in the US. It started providing full internet access in March 1997, through Teleglobe International over a dedicated leased-line to the internet backbone in the US.

It had been connecting to the internet over a direct satellite uplink through its own VSAT terminal completely bypassing Nepal Telecommunications Corporation (the local PPT) since September 1999 to June 2008. However, it now owns International Private Leased Circuit (IPLC) network over undersea fiber to Singapore and peers directly with Singtel. 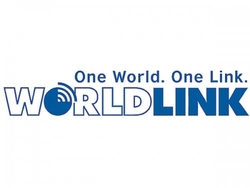 In its more than a decade long existence, WorldLink has grown into a strong and stable corporation with professional staff and a strong customer base from the small business it was before. By providing services such as data connectivity, network integration and consulting, web hosting and development, hardware sales and maintenance, and software development and systems integration through its partnership with WorldLink Technologies Private Limited, it has also been successful to make its position as a complete IT service provider rather than just an ISP. It has also provided its services to the reputed organizations such as United Nations, American Embassy and the Government of Nepal.

WorldLink has been successful to serve as a role model for other start-up IT companies and has also demonstrated to the young entrepreneurs that IT is the wave of the future even in the small market like Nepal. It has also contributed to the ongoing IT revolution visible in the country and in recognition of its contributions it has been invited by the Government of Nepal as a part of IT taskforces such as the National IT Infrastructure Development Committee and to contribute to the development of IT in the country.