One of the leading telecom services in Nepal, Nepal Telecom was established in 2032 BS with a vision to remain a dominant player in telecommunication sector in the Country while also extending reliable and cost effective services to all. 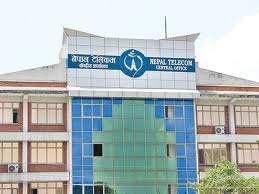 Since its inception, the company has been providing quality services to its customers and to achieve its goal, best technologies that meets the interest of its customers has always been selected. Its services reach to the most remote as well as the urban parts of Nepal. It is one of the most important infrastructures required for development.

It is a state-owned incumbent operator that has been the major builder and operator of the national telecom network in Nepal. It held monopoly over all the aspects of telecom in the country until the establishment of United Telecom Ltd. and later Spice Nepal Pvt. Ltd, now known as NCell.

To provide cost effective telecommunication services to every nook and corner of the country is the goal of Nepal Telecom. The services it provides can be broadly classified into four categories that are PSTN service, mobile service, CDMA service and internet and email service.

Although we face difficulties in network coverage of Nepal Telecom mobile phones due to large users and poor transmission and technological qualities, it still is one of the leading telecommunication service providers in the country. Also, the comparatively lower call rates and internet service (GSM mobiles) rates are two of the major reasons that attract the users to Nepal Telecom.