The Emperor of voice – Narayan Gopal

Narayan Gopal (October 4, 1939 – December 5, 1990), is one of the most beloved Nepalese singers of all time. Till this date, even after his sad demise, he is remembered and cherished by all the Nepalese. He is also known as Swar Samrat (The Emperor of Voice). He is further referred to begin the Tragedy King due to his many hit sentimental songs. He got married Pemala Lama in 1971, but had no children. 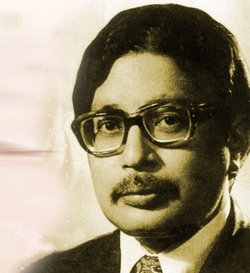 The Emperor of Voice had a very versatile voice. There wasn’t a genre of song that he couldn’t sing. His ever so famous voice is well preserved by all the Nepalese people in their hearts, till now. He was one of the singers in the first generation of singers who professionally became singers in the Nepalese industry. His songs often had a mixture of various instruments like sitars. Many of his songs were used in various films, theatres and drama in Nepal. He was the most renowned and respected singer in the 20th century. His first song was composed by his friend Prem Dhoj Pradhan and his teacher Manik Ratna. In his lifetime, he sang for 18 movies and only released 137 songs, some of which are:

In the later phase of his career, he began focusing in the new talents in the Nepalese music industry. Sambhujit Baskota, Bhupendra Rayamajhi, and Shubha Bahadur were some of the composers on the new generation that he als o worked by leaving his traditional singing and partnerships with his old techniques and partners. He also helped to launch many musicians in the Nepalese industry.

Sadly, Narayan Gopal died an untimely death due to the illness of diabetes at the age of 51. His total career span of 28 years is still honored and remembered today by dedicating programs and recreating his songs.