An aspiring young and multi-talented musician in the Nepali music industry, Kichaa M Chitrakaar has been professionally in music for more than five years and has been delivering something new and exciting all the time. One who can play more than eight musical instruments, he likes to play flute or guitar sitting in his stairway whenever he feels low.

He has already released six albums in short period of time with his first album being Skanda World Music (Fusion) released in 2007 as his instrumental album kaal Chakra released in 2008. He has also given background music for many movies and worked as a music director in the movie Dasdunga. The man behind the album Samsara which became the first Nepali album to go international by universal dance record, he was born to a family genetically connected with art, which became his inspiration. Flexible when it comes to choice of music, he usually learns from what he listen to, which usually consists of the eastern classical to neo-metal. He likes to and tries to explain his feelings through the notes in his compositions, one of the must-have qualities of instrumental musician. 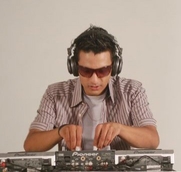 He considers music as an integral part of his life and for him, it is a friend he can relate to. It is like a meditation to him through which he also expresses his feeling towards issues and situations. One of the talented instrumental musician of Nepal, he is also a Dj by profession. He has performed not only in the country but has also been appreciated in abroad whenever he goes there for musical performances. Out of eight to ten musical instruments that he plays, he has different choice of instruments he likes to play depending upon his moods. His first album was all about senses and emotions with the tracks having titles like Muskan (smile), Vedana (sadness), Harsa Bivor (ecstasy), Karunamaya (falling in love), etc.

One who dedicated his album Samsara to his beloved women, Kichaa M Chitrakaar has also done the background score for the Nepali feature films Batch no 16 and Signature.