One of the most popular and effective forms of entertainment and raising social awareness, theatre is practiced all over the world and Nepal, too, is not an exception. With the increasing interest of people in theatre, many theatre groups have been established in the country. And in Kathmandu alone, there are four very popular theatre groups which have been actively participating and demonstrating performances and plays on various issues and social causes. While three of them perform shows in a closed theatre room, one of them has chosen the streets as their stage. These popular theatre groups have been successful to pull, not only the old and intellectual people to its stages but also the younger generations with their talent and dedication to their work. Associated with these groups are some of the popular names of the theatre world in Nepal. The four most popular theatre groups in Nepal are mentioned below:

One of the first and foremost theatre group, not only in Kathmandu but all over the country, Aarohan Theatre Group was founded in 1982 by a group of theatre workers including Sunil Pokhrel, who is known as the theatre Guru (teacher) of Nepal. Popular among all categories of audiences, the name Aarohan means ‘to climb’ and also ‘performing space’. Keeping the meaning of its name alive, the group has become successful to stage numerous national and international plays with efficiency and expertise, mostly at the direction of its founder Pokhrel.

The theatre was established with the objective of creating a Nepali theatre movement and giving the Nepali theatre recognition, not only in the country but all over the world. The group has also given various trainings to the aspiring theatre actors at its Gurukul (school) which has become successful to create numerous talents who have made a mark in the theatre industry of the country. Gurukul, the first theatre school of the country was founded in the year 2002 with the aim of giving theatre education and training to the aspiring theatre actors. Committed to creating a healthy, beautiful, honest and fearless society, Aarohan Theatre Group also perform Forum Theatre and train marginalized and oppressed people to use theatre as a weapon to improve their lives. The group is one of the leading and most prominent theatre groups of Nepal which has successful directed and executed numerous shows in the country as well as abroad. For further details, log on to www.aarohantheatre.org.

A non-profit Nepalese theatre group in Nepal, Sarwanam Theatre Group was founded in the year 1982 by Ashesh Malla. This theatre group was the result of the brave efforts of the founder to protest against the Panchayati System of Government in the country through the medium of theatre. During the time when freedom of expression was nothing more than a phrase, Malla wrote and staged a play named ‘Murdabad ma utheka hathharu (Hands raised in protest)’ at the Tribhuvan University Auditorium in Kathmandu. Although the play was banned, it had ignited the fire in the hearts and minds of playwright and theatre directors making them unite and give birth to one of the prominent theatre groups in the country. 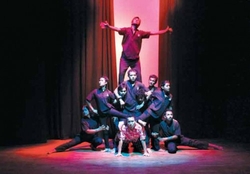 The group has become successful to establish itself as one of the most reputed and popular theatre groups in Nepal by introducing alternative theatre which requires little or no artificial props on the stage. Breaking the pre-existing tradition, Sarwanam Theatre Group devised alternative theatre as a need to reach out to the common people rather than being focused on the privileged groups. The group focuses on mime and symbolic body movements to express social based stories which make it unique and interesting than the conventional style theatre. The group that emphasizes on social issues and plight of the sufferers as the story and theme of its plays has become successful to establish more than fifty theatre groups all over the country by assisting them in training and other activities. Also the pioneer organizer of street theatre in Nepal, the group has performed and staged many shows and plays in collaboration with NNGO’s like The Asia Foundation, UN, DANIDA, WWF and Save the Children. The group which stages plays that give social message as well as entertain the audience has also staged numerous shows at national and international platforms. Sarwanam Art Center, a facility with a theatre auditorium, cafeteria, art gallery, workshop hall and research center, was developed by the group in Putali Sadak, Kalikasthan in Kathmandu, Nepal.

Established with the mission of raising strong voice in support of social justice, political awareness and human rights, Mandala Theatre Group was established by a group of young, enthusiastic and dedicated theatre workers committed to people’s freedom and happiness. The group was formed after a long period of training and experience gained by the founders of the group in the theatre world. The theatre attempts to incorporate various genres of literature in its production and works. Committed to advancement of theatrical arts, the group aims to produce innovative and creative works of art. 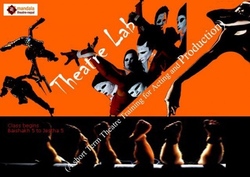 The group devoted to explore, popularize and preserve the varieties of traditional and indigenous theatrical forms of the society was established with the objective of decentralizing the artistic theatre, launching a innovative theatrical work, ghumti theatre (mobile theatre), strengthening proscenium theatre outside the valley, motivating the local artists to preserve their indigenous culture through theatre, providing the local people entertainment through the theatre performance, archiving the indigenous culture, art forms and literature through the research and visual documentation and finding a different way of Nepal theatre. For further details, log on to www.mandalatheatre.com.

Established during the mid 2000s, Achel Natya Samuha is one of the most popular and reputed street theatre group in Nepal. The word Achel stands for ‘Abhiyandwara Chetanaka Laharharu’. Committed to raising social awareness and bringing to light, the plight of the sufferers, Achel has successfully staged various plays and dramas at different parts of the country. The group comprising of young and dynamic individuals committed to develop a free and fair society has been focused on social issues as its prime theme and content of the plays and dramas. For further detail, find Achel Natya Samuha on Facebook.