The press or the media is considered as the fourth estate of a nation. Its duty is to keep the citizens updated on the events happening around and keep them closer to the truth. Hence, the press should be free and not under control of anyone, be it state or a private body. The press needs to be free in order to give factual and accurate information and awareness to the citizens. 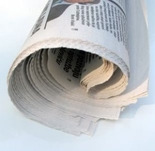 Every country has their own provisions for press freedom, however, in Nepal, freedom is guaranteed in two different laws that are:

This is also known as directive or fundamental law. It guarantees right to freedom of speech, opinion and expression. It also included specific laws regarding press, publication and broadcasting.

Laws regarding press freedom are:

– Right against seizure or closure of press

– Registration can’t be cancelled because of what had been published.

This law refers to the Acts in media sector. It includes the Freedom of Information from Information Commission (Suchana Aayog).

One of the important parts of ordinary law is the Working Journalist Act. This act defined journalists and also its types like who is an editor, a reporter, etc. This also gave job guarantee and appointment letter to the working journalists. It also stated that no journalists shall be fired or taken any such actions before their due date. And a journalist working for more than 240 days would be a permanent employee.

There is a committee, named Ksyatipurti Samiti (Compensation Committee) that receives complaint of journalists regarding the mistreatment of their employer, in case of getting fired from the job without prior notice, etc. and helps compensate the victims. Moreover, they could also file a complaint in Labor Court.

Nepal Chapakhana Ain of 1946 (2003 BS) had no provision of press freedom. The Law of Nepal Government, 1947 (Baidhanik Kanun, 2004 BS) guaranteed freedom of speech, expression and of press as fundamental rights. It was the first Constitutional provision made for the freedom of the press. However, The Press and Publication Act, 1948, was issued to make limitation of press freedom more clear.

Nepal Press and Publication Registration Act, 1951 and Press and Publication Act 1952, were issued. The latter replaced the Act of 1948.  Registry Act, 1951, made different provisions regarding registration of newspapers and magazines. Citizen Rights Act, 1955, also assured the freedom of speech and publication to every citizen. The press during this democratic period was relatively free than Rana period. The press laws were liberal and the press, in democratic period, enjoyed full freedom.

In the year 1979, May 24, referendum was declared and election date was set for 1980. During this one year, press enjoyed full freedom. However, the press could not relax for more than a year. As soon as, the result of referendum was declared in favor of “reformed” Panchayat system, the established authority again started to impose the same laws, making them even harder. Freedom of Speech and Publication Act, 1980, and Press and Publication Act,1982, are some of the examples.

The Constitution of the Kingdom of Nepal, 1990, guaranteed freedom of opinion and expression, press and publication rights and the right to information in its article 12(a), 13(1,2,3) and 16. Following the promulgation of the Constitution, different acts including Printing and Publication Act, 1991, and National Broadcasting Act, 1992 were passed in order to provide an appropriate environment to the media sector.

Printing Press and Publication Act,1991 guaranteed that the property of any registered press will not be seized by the government because of what it has printed/published.

Press Council Act of 1992 gave media/press pass to the journalists, started implementation of Code of Conduct and also registered complaint against the media or journalists and take appropriate actions against them

The RSS Act was amended after a year of restoration of democracy and it also allowed private news agencies as well.

The state of emergency was imposed on 26 November 2001, which suspended civil liberties as well as fundamental rights. At least seven Constitutional articles and clauses including right against pre-publication censorship were suspended.

International Human Right Organizations declared that Nepal had turned into the world’s biggest prison for journalists because of no freedom of expression and also due to the rapid murder of many Nepali journalists for bringing out the truths.

The Interim Constitution of Nepal, 2007, has principally guaranteed freedom of the press, publication and broadcast. Sudden ramification was done for radio license and many radios got license.

The Interim Constitution has added two more provisions that are:

– The means or the tools of communication (telephone, radio, etc.) cannot be obstructed

– Right to the freedom of information.

Moreover, the Working Journalist Act was implemented that decided on the minimum wage (Rs 5200) to be given to the journalists. Also the Right to Information Act was enforced.

Hence, Nepali press is freer now compared to the previous times and it is one of the countries in South East Asia that enjoys maximum freedom.