Established in May 1998, Yeti Airlines received its Air Operators Certificate on August 1998. It started its service with two DHC-6/300 Series ‘Twin Otter’ aircraft flying to remote areas with SLOT (Short Take Off and Landing) airports like Lukla, Phalpu, Lamidanda, Rumjatar and Simikot. In less than two decades time, the airline has been able to establish itself as one of the premier airlines in Nepal.

The airline that started its service with one twin otter now owns the largest fleet of fourteen aircrafts and maintains the largest and most extensive destinations network in Nepal. It is also the parent company of Tara Air and the two airlines together form the largest domestic flight operator in Nepal. They had more than sixty percent of the total market share during January of 2008. However, the airline also has a history of accidents and has had the most accident resulting in death among the airlines in Nepal.

Yeti Airlines and its subsidiary Tara Air together have widest domestic flight network of any Nepali airline and fly to most destinations in Nepal. Most of the isolated population of Nepal living in remote areas is served by the Short Take Off and Landing aircraft of Tara Air while the BAe Jetstreams of Yeti Airlines serve the more substantial regional airports. 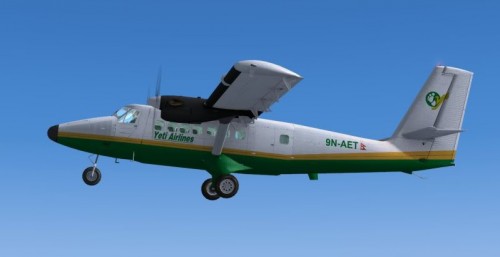 The airlines not only provide active professional services but also work for social and productive work in many terms. It provides a sum of Rs 4.00 from every Yeti Airlines flight ticket to various social and productive works. It also plays an effective role in stimulating the economic development of the nation by promoting development of the tourism industry of Nepal while providing an extensive connection.

The airlines not only flies but is related and involved in other corporate social responsibilities as well. It has provided whatever financial support it can to various social organizations like CWIN Nepal, The United Mission to Nepal (UNM), CVICT and Save the Children and it has been donating Rs 1 per ticket to these organizations from its domestic operations. Since its initiation in October 2006, the airline has provided total financial assistance of Rs. seventy two lakh seventy six thousand six hundred and sixteen to various organizations like Tewa, OCCED, Maiti Nepal, Nepal Leprosy Relief, Nepal Glaucoma Eye Clinic (Tilganga) and Sewa Kendra Leprosy, Helpless Children Welfare Mission, Itahari, Spinal Injury Rehabilitation Center, Sangha, Women for Human Rights, Kathmandu. Besides these, it also conducts other social activities.

It has also introduced a trend of a Sky Club program, a membership based value added service that provides additional benefits and services to its customers. The members start to accumulate mileage points whenever they travel on eligible flights of Yeti. The gained points could get you a free air travel ticket which can be used by you or your desired ones.

For further information on the membership program or on the airlines itself, log on to www.yetiairlines.com