Most widely read but less known writer of Nepal

One of the most widely read but less known writer of Nepal, Govinda Bahadur Malla is popular by his pet name ‘Gothale‘. He was inspired by his father Riddhi Bahadur Malla, the founding editor of Sarada – the most prominent literary magazine, to enter into the field of literature. He began writing at the age of eighteen and kept on writing until he reached forty.

He came in contact with some great literary figures including Laxmi Prasad Devkota, Bala Krishna Sama, Lekhnath Poudyal, Gopal Prasad Rimal, Bhim Nidhi Tiwari, Bhawani Bhiksu, Siddhi Charan Shrestha and many others during his childhood when he was the centrepoint for the literatures. Although he often visited his vast agricultural land in Saptari, being a son and grandson of a high ranking official during the Rana regime, he never had to go to the farm house for cultivating land or rearing cattle. When he was arrested in 1940 for his involvement in democratic movement, his first story Tyasko Bhalay (his rooster) has appeared in Sarada magazine with his pet name Gothale. The name was given by Bhawani Bhiksu to avoid further execution. Apart from his father, he is inspired by the stories of B P Koirala and Bhawani Bhiksu. 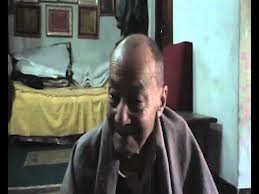 He gave a new dimension to story writing in Nepal by adding psychoanalytical study of the characters. His stories show the mental conflict of his abnormal characters and the conflict between desire and morality in Ke Gareki Shobha (what are you doing Shobha), the sadism of the principle character in Maile Sarita ko hatya gare (I killed Sarita) and stories like Adhar, Bhaaro and Bichari u are some of the examples. He has raised the question of morality of Nepali women in one of his stories while his initial stories have domestic and social subjects. The child characters in his stories Tyasko Bhalay, Mahapaap, Laxmipuja and Nindra Aena are interestingly presented.

He is more interested in writing whatever he feels is the part of our society and about the existing social problems. He was not limited to story writing only and has also written novels, one of his naturalistic novels being Pallo Gharko Jhyal (The window of that house, 1959). In the novel, the protagonist Misri is tied in marriage which is physically unsatisfying for her. She keeps on watching a man who looks her through the window of the adjoining house and eventually, elopes with him. He has tried to blow off the myth that Nepalese women remain firm and loyal towards their husband despite the husband’s inability to sexually and emotionally satisfy her. 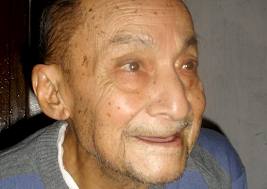 Altough he added new dimension to story writing in Nepal, he is rarely honored by the people as well as the government. He had only received Tribhuwan Award in 1989 and apart from this, he is widely neglected from literary institutions. He is not honored properly, although his works has been recognized by the people. He stopped writing after 1964 due to lack of atmosphere and his weakness and also there was lack of magazines to publish from Nepal. He switched over to business after writing for twenty years of his active life. However, he did write a long play, a few stories and recollections in the magazines after his retirement from business.

One of the prominent writers of Nepal, Govinda Bahadur Malla, popular as Gothale, is one of the most widely read but less known writer.