Started by Shree Purna Mal Bihari Lal Khetan, Khetan Group is one of the leading business houses in Nepal. With its commitment towards quality products and services, Khetan Group has been involved in various ventures and services striving ahead confidently to consistent and stable growth. The group has always been interested in the field of mining, fast moving consumer goods like beverages, food stuff and service industries like insurance, banking/financial services, telecommunications, IT, real estate, investments, energy, etc.

Gorkha Brewery Private Limited was established in 1989 as a joint venture between leading Nepali business houses and the Danish Multinational Company Carlsberg A/S. It was and continues to be one of the largest single foreign investments in Nepal and since 2004, it started Brewing and Marketing Sam Miguel beer on the license agreement with San Miguel Brewing International Limited, Philippines. In 1990, Tuborg was launched as the first-ever international brand introduced in Nepal, followed by Carlsberg in 1995. Since its establishment, Gorkha Brewery has grown to become the market leader holding more than eighty percent share of Nepal’s beer market. 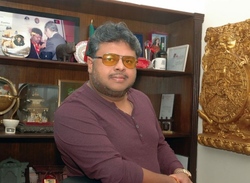 Imported from India for the first time, Coca-Cola was introduced into Nepal in the year 1973 and later in the year 1979, Coca-Cola began its production at local level in Nepal. The only bottler of Coca-Cola products in Nepal, Bottlers Nepal Limited (BNL) has two bottling plants known as Kathmandu (Bottlers Nepal Limited) and Bharatpur (Bottlers Nepal (Terai) Limited). To protect the local environment as well as to meet the standards of The Coca-Cola Quality System (TCCQS), the fully automatic Effulent Treatment Plants (ETP) were established in both its plants since 2001. It also supports Free Health Check-up Clinic at Bharatpur in association with the local community.

On October 2000, The Group established Himalayan Snax and Noodles Private Limited (HSNPL) in technical collaboration with Thai President Foods Plc of Thailand who provides manufacturing technology expertise to the company. The company started with the objective of producing instant noodles under the ‘Mayos’ brand has its factory at Banepa in Kavrepalanchowk district. Its second plant has been established at Kamharia, VDC in Rupandehi district since 2008. It has been manufacturing various brands of instant noodles such as Mayos, Mayos Shangri-la, Shaka Laka Boom, Ru-Chee, Lekali, J-mee, Hurray, Doharee, Jhilke and Humpty Dumpty.

On 1st April, 2002, Laxmi Bank was established as the 16th commercial bank in the country which came to its full-fledged operation since mid May 2002. The bank promoted by Khetan Group along with other business groups was established with NRS 610 million as paid-up capital.

Initiated by Khetan Group, Prime Life Insurance Company Limited was incorporated as a public limited company in June 2007. The company was established with the mission of providing complete range of life insurance products bundled with innovation and superior customer services in order to achieve excellent business growth and provide superior value to all its stakeholders.

Another initiative of Khetan Group and other business personalities of Nepal, Himalayan Bank Limited was established in 1993 in partnership with Employees Provident Fund of Nepal and Habib Bank limited of Pakistan. It is also the first commercial bank to have maximum shareholding by the Nepalese private sector.