The Nepali movie Batch No 16, directed by Pitambar Pandey, is about betrayal between two true childhood friends Ram Karki and Guru Basnet, both working in APF’S Batch No 16. The batch gets a mission to catch an international gang of Hakim, who, while he was based in Pokhara, was planning a bomb blasts. Both friends succeed together in their mission of catching Hakim and also get the Rs 10 crore (Hakim’s) in their hands, however, the money brings initiates the conflict between the two of them.

One friend wants to be loyal to the nation and follow the law but the other wants to kill Hakim and share the money into two halves. Do both of them agree on one decision or do they fight with one another for money and loyalty to the nation? To know the answers of these questions, one must watch the movie. 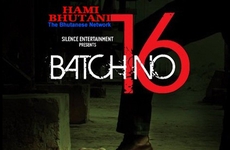 The overall movie is not so interesting. Audience may like the first part of the movie but the second part is quite lousy. Although the entry of Guru (Arpan Thapa) adds a bit of spice to the viewers, the story of the movie seems to be lengthening unnecessarily. Actors have done well in their part and every scene featuring Arpan Thapa is entertaining. The language used in the movie is also considerable and the use of the language used by general public and also by the Nepali police force has made the characters more realistic. Though action parts are supported by strong background music, it could not be as good as it could have been because of the styles used, which are usually seen in other action movies. Although the music in this movie seems to be appreciable, the direction seems to have done injustice to his direction.

Overall, Batch No 16 is a movie with a simple story that lacks some entertaining spices but when you go and watch this movie you will not regret.