Richest in agriculture, poorest in development

Located in the Janakpur zone of Nepal, Sarlahi district is one of the richest districts in terms of crop production in Nepal. However, it is one of the least developed districts in Janakpur zone. It remained as a remote district until the east-west highway was constructed. The deforestation in the area, later, increased at high rates with new settlements increasing day by day.

The district which covers an area of 1,052 sq km accommodates the population consisting mostly of Yadavs along with the Tharus and Danuwars being the indigenous and ethnic settlers of the district. The district where the dense forests are found accommodating many rare wild animals, agriculture is practiced as a major source of income here. 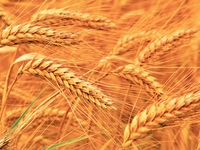 Some of the major places to visit in this district which is rich in agricultural production but at the same time is the least developed district located in Janakpur zone are Tribhuvannagar (named after the late King of Nepal, King Tribhuvan Bir Bikram Shah), Malangawa, Belbas, Harpur, Rajawa Bazaar, Sundarpur Bazaar, Murtiya, Harion, Simara and Nawalpur. The district with its headquarters in the place named Malangawa is bordered by Mahottari in the east, Rautahaat in the west, Sindhuli in the north and Bihar (India) in the south.

The major rivers in the district are Bagmati, Thim, Lokhanti and Banke and the popular lakes to visit here are Ghudda and Madiain. The language and culture practiced mostly in the area is Maithali, Nepali, Tamang, Magar, Newari, Tharu, Bhojpuri, Sunuwar, Limbu, Rai, Gurung, Abadhi, Sherpa, Danuwar, Santhali and Rajbanshi. The district, although is least developed, has the basic facilities of accommodation, communication, transportation and health and clinical services.