The studio is backed by veterans of the Naga Theater at Hotel Vajra in Swayambhu and it has recently introduced an intensive three-month course in acting for all would-be artistes and performers in collaboration with the Pratiwimba Theater Laboratory. Baral himself is a graduate from the National School of Drama in Delhi and he remembers the simultaneous expansion of his creative boundaries and technical skills as an actor during his time there. However, when he was there, he longed to come back home as he felt he could identify more with the elements and pace of the Nepali theater. He never lost hope although the scene of Nepali theater was sparse, rather, he collaborated with the seasoned performers and progressive dramatists on various projects gradually leading him to the studio of his own. 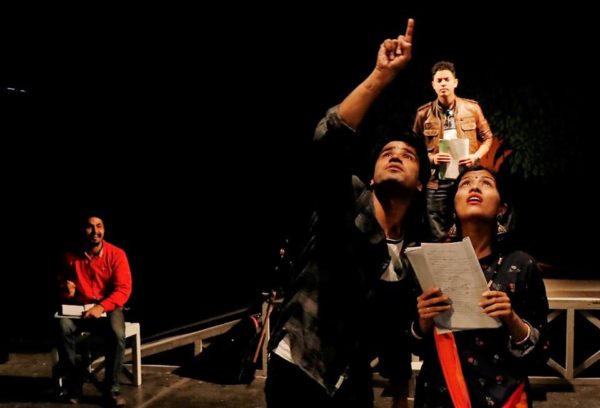 The studio is also referred to as the ‘Theater in Education’ by the management team. It has adopted the interdisciplinary approach to help the students achieve an all-round development of the personality rather than merely confining themselves to any particular aspect of the theater. Moreover, the lack of concrete syllabus, here, enforces the environment of spontaneity allowing the room for imaginative digression. Two small demonstrations in the first two months and a concluding production at the end will be held among which the latter will be performed in public. The session for the entire three-month course charges NRS 15,000 which begins in December. The dynamism of the studio is kept alive with classes on yoga, music, dance, painting and literature among others under the guidance of professionals and experts on the subjects. For further details,contact: