Born on August 16, 1970, Manisha Koirala is a Nepali-Indian actress who works in Indian films along with being a UNFPA Goodwill Ambassador and social activist. Although she has appeared in Nepali, Tamil, Telegu and Malayalam films, she mainly works in Hindi films. Born to politician Prakash Koirala and Sushma Koirala in the prominent political family of Koirala in Nepal, she is also a trained Bharatnatyam and Manipuri dancer. Although she made her debut in Bollywood with top-grossing drama Saudagar (1991), she made her acting debut in the Nepali film Pheri Bhetaula in the year 1989.

She has some of the most successful Hindi films added to her credit like 1942: Love Story (1994), Agni Sakshi (1996) and Gupt (1997). Born to the family of Bishweshwar Prasad Koirala (B P Koirala) who was the Prime Minister of Nepal during the late 1950s- early 1960s as his granddaughter, she studied at Vasant Kanya Mahavidhyalaya (VKM) in Varanasi until class ten and shifted to Army Public School, Dhaula Kuan in New Delhi (APS) for higher education. Although she wanted to become a doctor, she ended up being an actress. 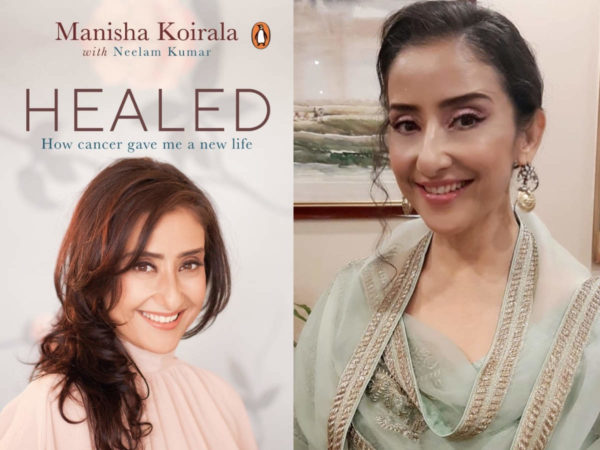 In 2004, she returned after receiving a diploma in filmmaking from New York and became a member of an independent filmmaker’s society. She has acted on numerous films and although many of them were commercial failures, there were some that not only became successful at the box office but also won her awards and nominations. Even though her movies had failed, her acting was appreciated by the audience as well as the critics. She had also produced a small-budget caper-comedy Paisa Vasool (2004) that starred her and Sushmita Sen probably making it the first ever chick-flick in Indian cinema that had no male lead nor a love story. She also hosted a TV show named Sawaal Dus Crore Ka on Zee TV along with Anupam Kher in 2001.

She was appointed as a UNFPA Goodwill Ambassador in September 1999 and she is also involved in social work, especially working with organizations to promote women’s rights, prevention of violence against women and also to prevent the human trafficking of Nepali girls.

There was news of her getting engaged to the former Australian ambassador to Nepal, Crispin Conroy in 2001, however, they broke up later. She got married to Samrat Dahal in a traditional ceremony held in Kathmandu on June 19, 2010, however the couple got divorced two years later in 2012. She was diagnosed with Ovarian Cancer and she had flown to the US for her treatment. She underwent a successful surgery on December, 2012.

Koirala had a rather silent return into film industry with a Kannada- Tamil, mystery film Game (2016) followed by  Dear Maya (2017). The next year, Koirala starred in the Netflix anthology Lust Stories and also appeared in Rajkumar Hirani’s biography Sanju, based on the life of actor Sanjay Dutt. Koirala portrayed the role of actress Nargis, Dutt’s mother in the movie and was praised for her performance.

As she completed six years of being cancer-free, she shared her story on cancer and the lessons she learnt along the way in her book “Healed” in 2018.