Biodiversity Conservation Center was established in 1989 as Nepal Conservation Research and Training Center (NCRTC) by Nepal Trust for Nature Conservation (NTNC) to conduct biological research and monitoring of flora and fauna in the Terai protected areas of Nepal after Smithsonian Institution, USA completed its assignment in the Chitwan National Park, Nepal and handed over the Nepal Terai Ecology Project to NTNC. Over the course of time, the center widened its focus and added a human dimension to its conservation efforts and later in January 2002, in an attempt to widen its scope, it NCRTC was renamed as Biodiversity Conservation Center (BCC).

The center focuses on the integrated conservation and development program with the twin objectives of applied biological research and sustainable development of local communities by providing alternative livelihood options which has helped to minimize the conflicts between the park and the people residing in the periphery of the Chitwan National Park. It has also been providing technical expertise to Chitwan National Park in trans-locating the rhinos, counting of rare species and conducting research within and outside the park. With the help of Global Environment Facility (GEF), United Nations Foundation (UNF) and United Nations Development Program (UNDP), BCC has implemented the first landscape level conservation project in Nepal. In order to develop as a regional conservation training center, it has also been seeking affiliation with other international universities, conservation partners and training institutions. 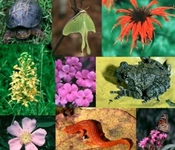 Biodiversity Conservation Center has undertaken various conservation initiatives from single species conservation to landscape level biodiversity conservation, since its inception and has been carrying out monitoring of rhino, tiger and its prey base and birds regularly. With the objective of reviving the dwindling population of two species of the wild vultures, it has also established a vulture breeding center. It has assisted local communities living on the periphery of CNP to plant and regenerate degraded forest land into green passageways and has provided them with ample resources for community development activities.